My linux server, an AMD Duron 1200 at the end of a consumer DSL line, hosting riverside-cafe.com, was off the air most of the weekend. I had occasion to reboot and the system wouldn’t come up. Wouldn’t even POST; it just sat there. I quickly figured out that clearing the CMOS memory would allow the … Read more

Windows XP Southern edition may be recognized by the unique opening screen. It reads: WINDERS XP, with a background picture of General Robert E. Lee superimposed on a Confederate flag. It is shipped with a Dukes of Hazard screen saver. Please also note: the ‘Recycle Bin’ is labeled “Outhouse”, ‘My Computer’ is called “This Dern … Read more 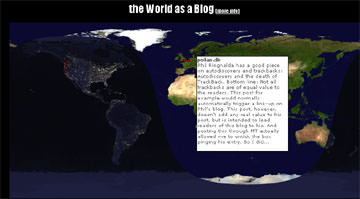 There are some flash applications that are truly cool, and the geoblog site hosts one such example. Displaying a cool world map (it shows the current daylight area), the application monitors a list of recently updated blogs generated from weblogs.com. It checks for new blog entries every minute and then fetches and displays the first … Read more

Just the thing for Monday: an exploration of The Principles of Artistic Illusions. This site, enriched with many illustrative examples, reviews a few classic Escher works as well as exploring the general topic by describing a wide variety of visual illusions. The review is continued on a second page which focuses a bit more on … Read more

The sheer magnitude of the loss of the cultural artifacts and antiquities during the looting of museums in Iraq is close to incomprehensible. The fact that more attention was paid to saving oil wells than to saving items comprising a large part of the earliest history of western culture is equally unforgivable. A rather in-depth … Read more

From Tom comes word of yet another example of the limitless creativity and cleverness which serve as hallmarks of the human race. To be honest, I’m not 100 percent convinced this isn’t a hoax; vinyl record sound production via a scanner and a custom program? With no turntable and no needle? You be the judge. 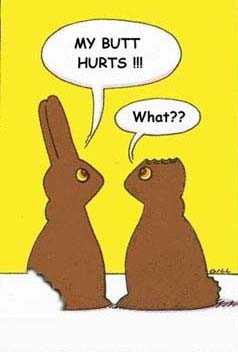 LSD was discovered by Dr. Albert Hoffman, a Swiss chemist. He was an apparently somewhat accident prone person, as he both created LSD by virtue of a mistake in the lab, and also, later that same day, accidently ingested some of his new creation. He realized what had happened as he was riding his bicycle … Read more

In the midwest in the late 50’s and early 60’s Johnny Cash was one of the musical staples on the radio and in honky-tonk jukeboxes. Though he had not been in my regular listening rotation for years, that changed recently. He put out a couple of great albums in recent years: American III: Solitary Man … Read more