We started home about 3:30pm Monday, leaving due west on US 56 out of McPherson. We had an uneventful drive, arriving in Lamar Colorado, around 8pm; well in time for the sunset: 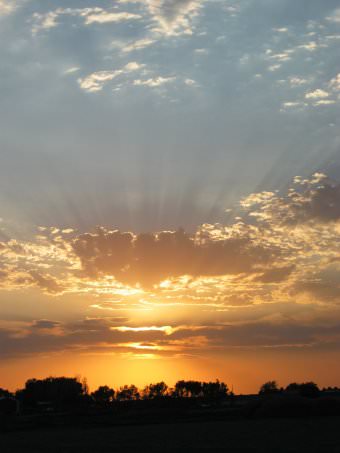 The next day, on Colorado highway 10, we spied a most marvelous site; mile after mile of sunflowers, visible on both sides of the road as far as the eye could see. This went on for close to 20 miles: 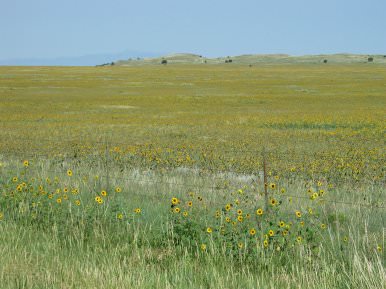 Later in the day we stopped at the misnamed Aztec ruins near Aztec, NM. 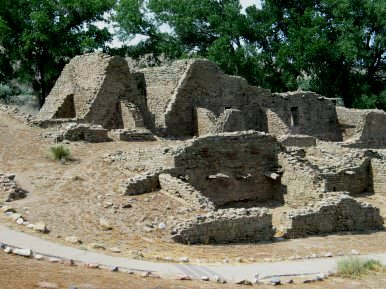 As we drove from Aztec through Farmington we encountered a quite severe sandstorm. The storm cleared as we entered Arizona, but resumed with an even greater intensity as we entered Kayenta, almost 80 miles south of the Four Corners area.

Speaking of the Four Corners, according to my GPS unit and confirmed via some web searches, the actual Four Corners location is actually almost 300 yards to the northwest of the specified location: 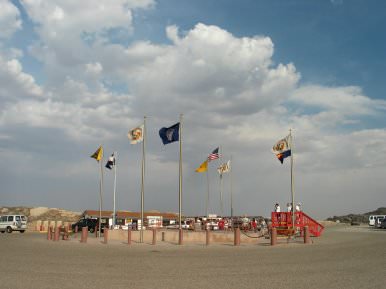 Surprisingly, 20 miles from Kayenta, up at Monument Valley, the winds and dust were almost non-existent: 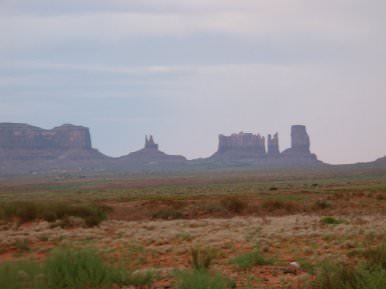 Today found us spending a little time shopping at the Native American roadside stands that dot the area, along with a relatively quick trip through the always magnificent Grand Canyon: 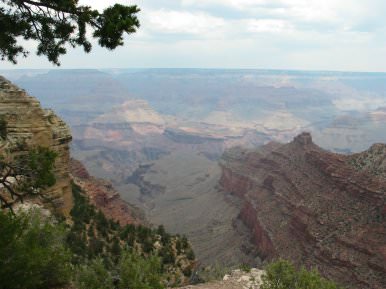 We also spotted a nice buck very close to the road: 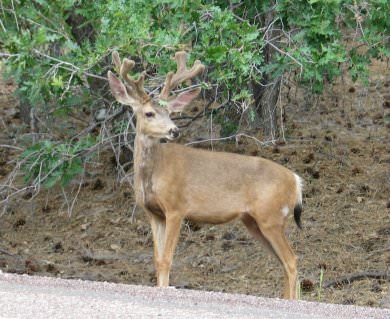