I’ve been wanting to expand my repertoire of yeast recipes beyond cinnamon rolls for some time now, and the receipt of two bread and baking cookbooks (The Bread Bible and King Arthur’s Flour Baker’s Companion) for Christmas has already motivated me to try a couple of different recipes.

The cinnamon chip bread, while simple to make, and tasty, suffered from my lack of cinnamon chips, so I decided not to post a recipe that hadn’t realized its full potential. Still, the recipe basically worked, and among other things I learned first hand the need to slit the loaf before baking!

On the other hand, this thin, flavorful flatbread recipe worked very well, so as Julia would say, “bon appetit’!”

Place all of the ingredients into the pan of your bread machine. Program for Dough or Manual, and press Start.

At the end of the cycle, remove the dough from the machine and punch it down. Roll it out to form a rectangle, and transfer it to a cookie sheet, 10 x 15-inch to 12 x 18-inch. Pat the dough into the pan. Make indentations in the dough with your fingertips, about an inch apart, and drizzle sparingly with olive oil.

Focaccia may be topped with a variety of ingredients, including browned onions, fresh garlic, goat cheese, pesto, fresh sage and bacon, potatoes and rosemary, sun-dried tomatoes, Gorgonzola cheese, olives, or any combination of those or other ingredients of your choice.

I used a combination of:

Let the focaccia rise for half an hour to an hour. This will make a lighter bread. Bake the focaccia in the preheated 400 degree oven for 10-12 minutes, and then lower heat to 350 degrees for an additional 10-15 minutes.

Below are a couple of pictures from January 2014: 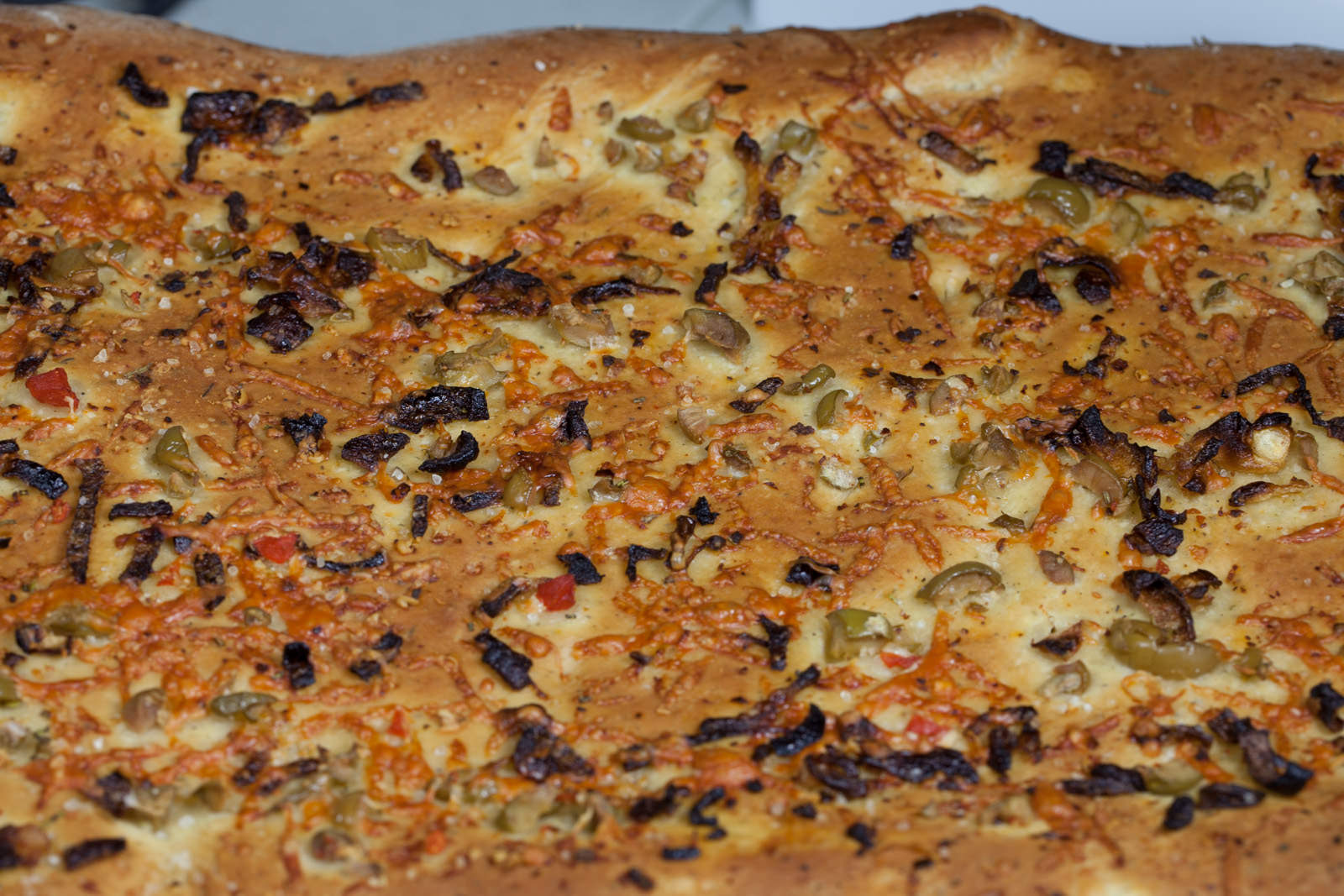 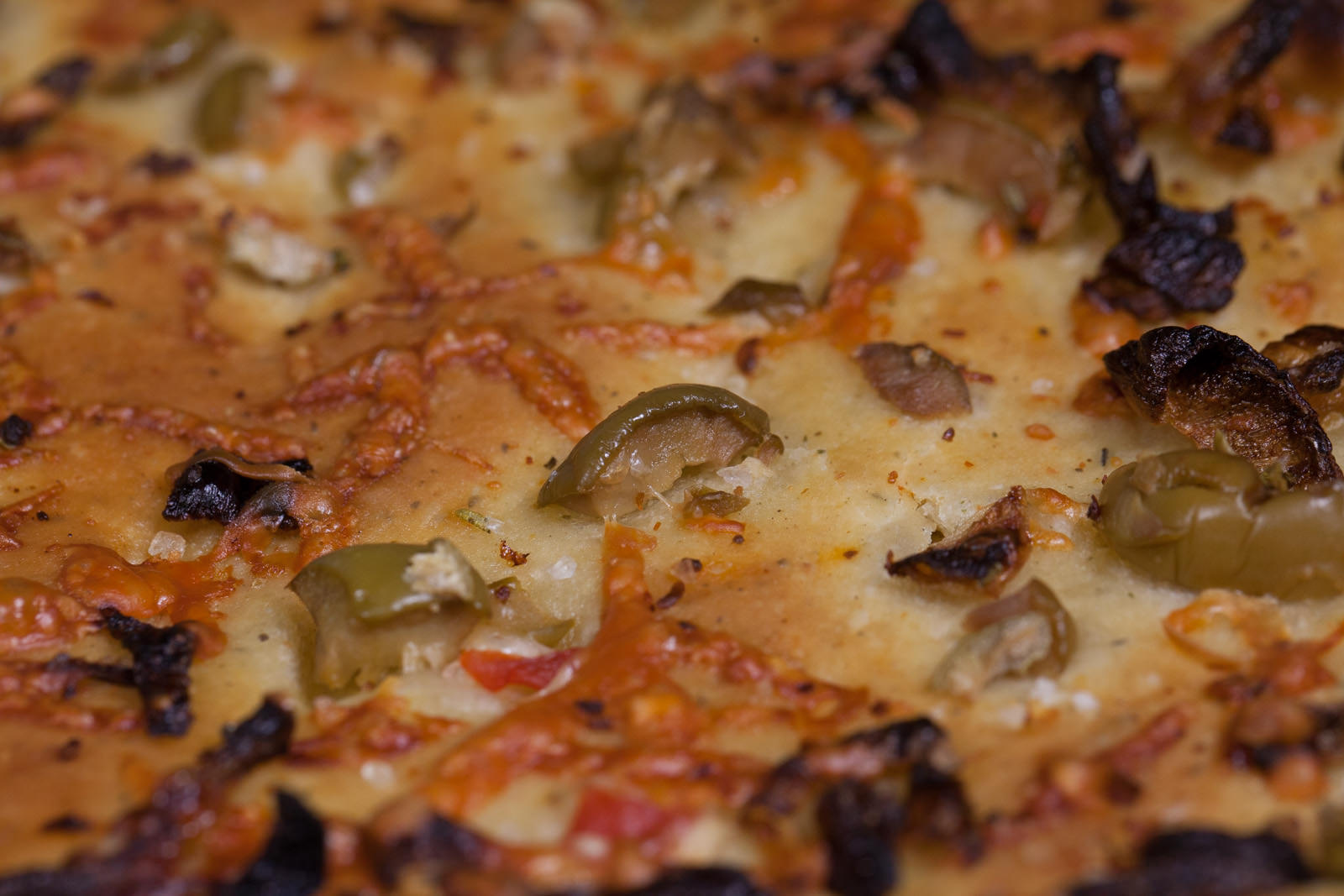