And now, it’s time for something a little different. It’s not only rocks that glow when exposed to UV light; a few summers ago we discovered that the scorpions on Coronado Heights glow with a soft creamy color.

This brightly colored creamer is an example of uranium glass. Sometimes known as vaseline glass, depending on the color, uranium glass glows very brightly under long-wave ultraviolet lighting. A lot of this glass, part of the broader family known as depression glass, was manufactured in the Midwestern US between the 1920’s and ’40s. The addition of extremely minute amounts of uranium is what gives the glass its characteristic color in natural light; it’s also what glows so very intensely under UV light. 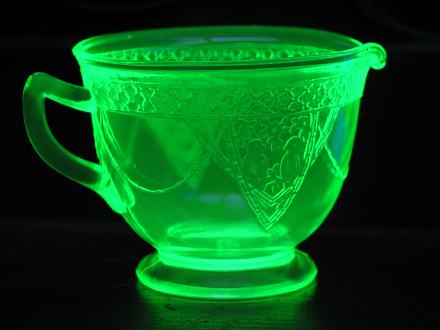 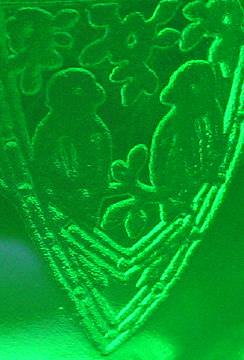 I liked the turtle and the dessert cup so much I’ve included them as well. The turtle is actually the top of a 6 inch covered glass dish. The dessert cup represents the Rose Cameo design, circa 1931, and was sold by the Belmont Tumbler Company, Bellaire, Ohio. 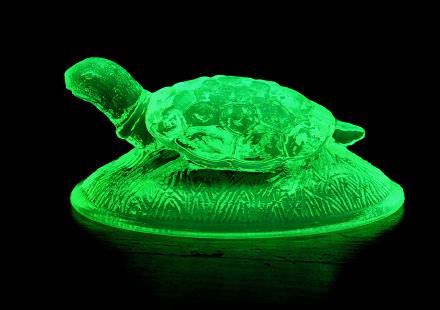 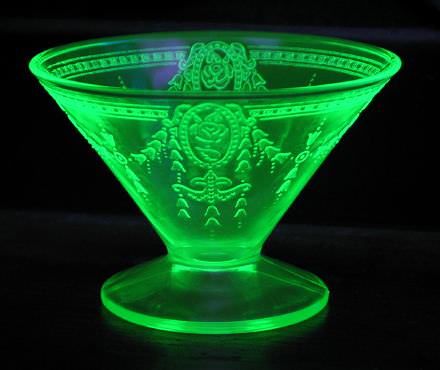