The 2005 Svensk Hyllningsfest, Lindsborg’s biennial celebration to honor the Swedish pioneers who settled the Smoky Valley, has come and gone. I had the distinct honor and pleasure of attending my first Hyllningsfest in decades and thoroughly enjoyed myself. I think I liked the Swedish Dancers best, but also enjoyed the parade and the other activities, including our visit to the Anton Pearson Gallery.

Watching Moneka dancing with her class reminded me of my first Hyllningsfest, shortly after we had first moved to Lindsborg. I was in the first grade and had already lived in Nebraska, Spain and Missouri (dad in the Air Force) prior to moving to Lindsborg. I suppose that as a result, dressing up in costume to perform Swedish dances didn’t really seem all that unusual. I do remember it was a bit hard remembering all the steps, and watching the youngest of the dancers, I think that’s still true today. (Thinking back, I realized my first Hyllningsfest happened a few weeks before JFK’s assasination; meaningless trivia, but interesting to me.)

No surprise, but I ended up taking hundreds of pictures. I’ve posted about 50 of the “keepers” up on Flickr in a Hyllningsfest photo set. Below are a few select images from Lindsborg’s Svensk Hyllningsfest 2005:

Yours truly, wearing my Swedish costume. Surpisingly, I don’t really mind wearing this getup a couple of times a year; it seems to add to the festive nature! 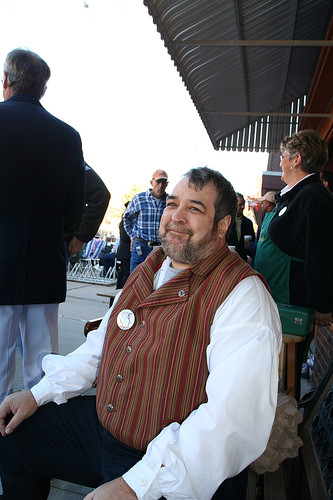 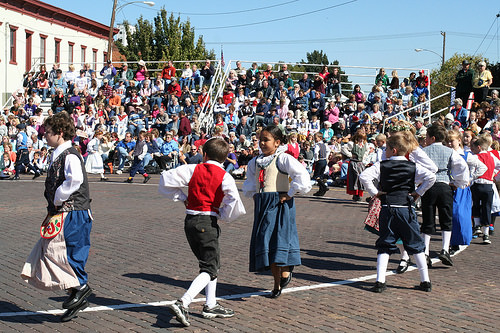 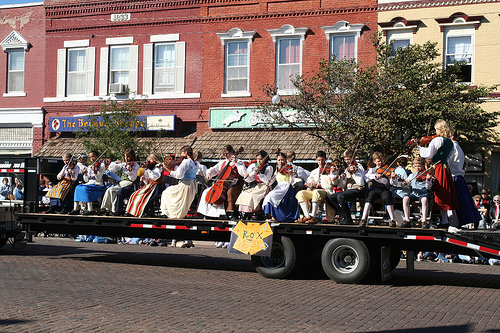 Something new this year at Hyllningsfest, the Allspel performance. Translated as “everyone plays”, this formed for the occasion group performed a few traditional Swedish songs on Saturday: And last, but not least, the 2005 Svensk Hyllningsfest Royal Couple, Jeanette and Harlan Shogren. I was classmates with their son Brad, and walked to school with him and his brothers for a number of years. 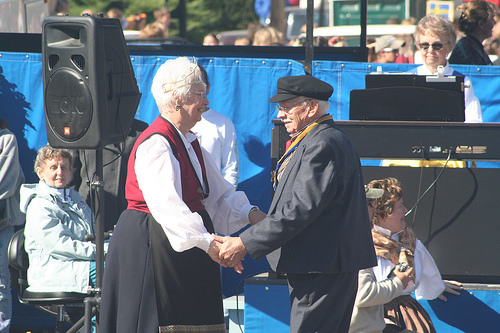 Enjoy all the above images, plus many more, at the Lindsborg Svensk Hyllningsfest 2005 photo set site.