I went to double the original Swedish Pecan Cookie recipe and due to a momentary inability to add two small numbers ended up using the wrong amount of flour. Except it turned out to be the right amount for a nice variation of an already popular cookie. Instead of the 3.5 cups the doubled recipe … Read more

There’s a saying among computer folks that rang true again last week: There’s two kinds of people, those who do backups, and those who’ve never lost data (usually due to a hard disk crash). I’d add a third type, those who’ve lost data and perform occasional backups. Other than my photos, which are backed up … Read more 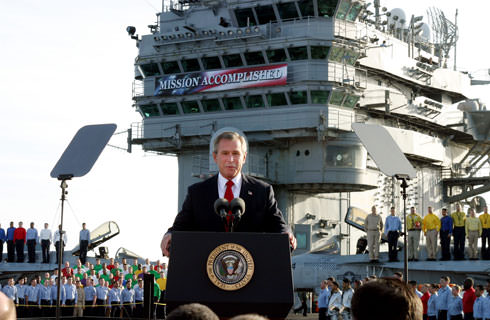 Update, 1 May 2007. Things are even worse one year later. It wasn’t funny a month ago and it definitely wasn’t true 3 years ago today. Today, we are so far from “Mission Accomplished” that no one sees a clear way out of the mess in Iraq. Let’s take a look at some of the … Read more