One of the highlights of the weekend’s Midsummer’s celebration was the Swedish Fashion Review. A nice variety of costumes were modeled, including both modern costumes as well as vintage designs that included pieces of costumes brought over from Sweden by the early settlers of the Smoky Valley. One of the highlights of honoring our Swedish heritage at times like Midsummer’s and Hyllningsfest is seeing so many folks dressed in their Swedish costumes, and this weekend was no exception.

Of the 900 some odd pictures I took Saturday, around 100 of them were taken at the fashion show. The setting presented a bit of a challenge, as I wasn’t able to use a flash, but overall I got a number of reasonably nice images. There’s a bit of blur in a couple of them; handholding in such low light is a minor challenge. The color balance was also off, and though it’s not perfect now, I’m pretty pleased with what I was able to do via white balance adjustments using Adobe Camera Raw.

I’ve posted the complete set of 42 images of Swedish costumes at Flickr, and to encourage you to view the whole set, I’ve posted a few below (click on any image to see the entire set at Flickr): 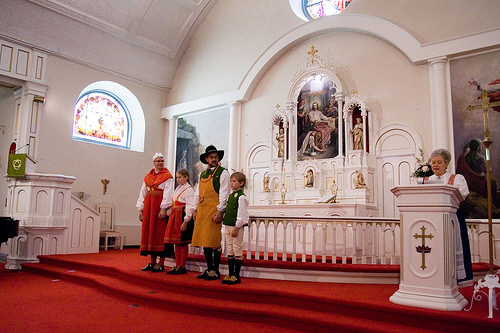 These outfits are modeled by one of the families representing the Mora, Sweden dancers.
:: 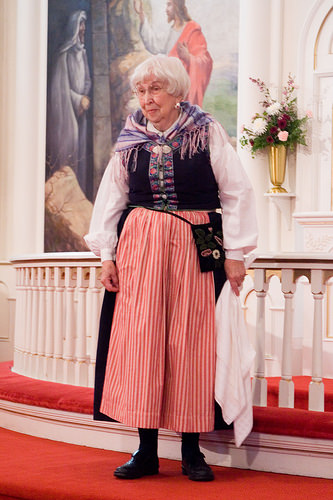 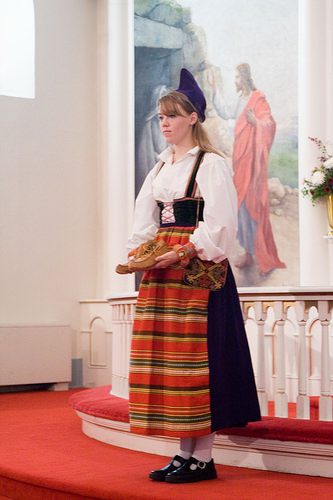 Emily models a traditional costume including the peaked hat and special shoes.
::