I’m happy to report that my recent attempts at photographing fireworks worked reasonably well. I had a chance to practice Sunday night at the Kanopolis fireworks display and used that experience on Tuesday at the annual Lindsborg Fireworks show. I was situated about two blocks south of the fireworks, and had a great view on a mostly calm evening.

I used a tripod, of course, and somewhat surprisingly, my aperture was set to f/8 while using a film speed setting of ASA 100. Turns out that fireworks, like lightning and the moon, are fairly bright, so a typical daylight setting is appropriate. Also like lightning, but unlike the moon, exposure times are quite lengthy compared to normal photographs. Most of my fireworks photos were exposed for 2-9 seconds.

One of the interesting challenges with fireworks is deciding when to open the shutter. Too soon and the rocket trails can lighten the overall image too much; on the other hand, the white launch trail is pretty dramatic, as evidenced by some of the photos I took. Framing is another issue to consider. I used a fairly wide angle so that I captured the whole display in most images, and cropped slightly to remove the dead space. I like the results quite a bit, but there’s no denying the images that are more tightly zoomed are also very dramatic. Sometimes the off-axis framing was inadvertent, as some shells had slightly different trajectories than others; trying to center a moving firework explosion on the fly is a bit tricky!

Post-processing of the images was very minimal. I reduced the brightness just enough to turn the sky really dark, and bumped the saturation a very tiny amount.

Overall I found about 50 keepers, and they are posted at my Flickr fireworks set. I couldn’t decide on the best 5 images, so instead went for a baker’s dozen; click any of the images below to view the entire set at Flickr: 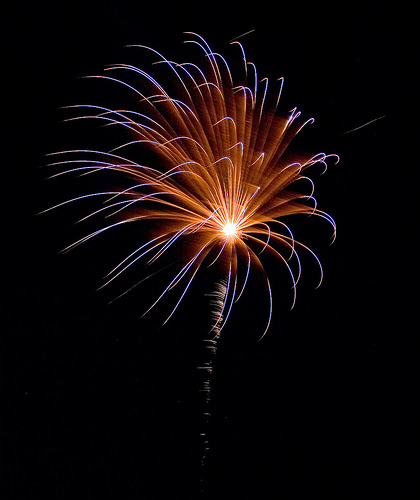 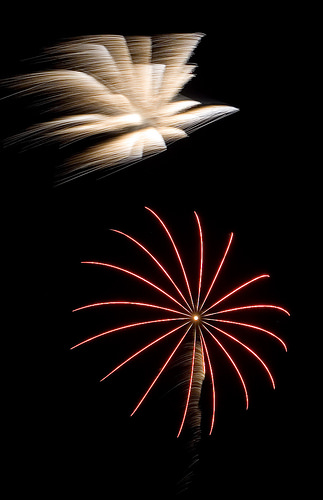 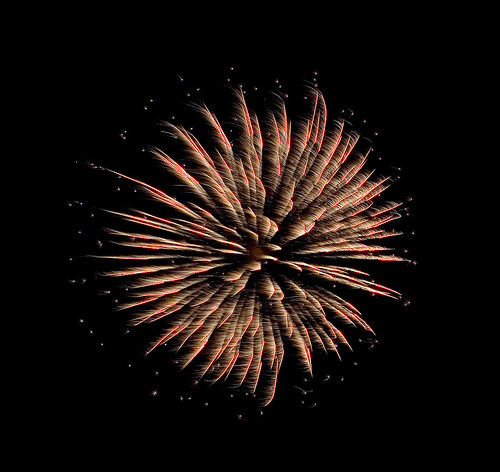 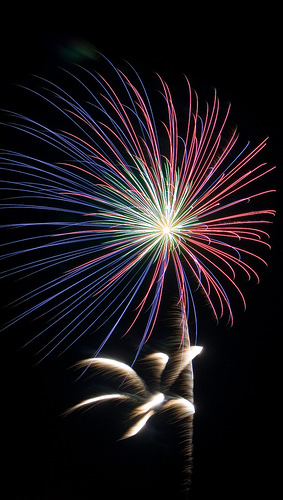 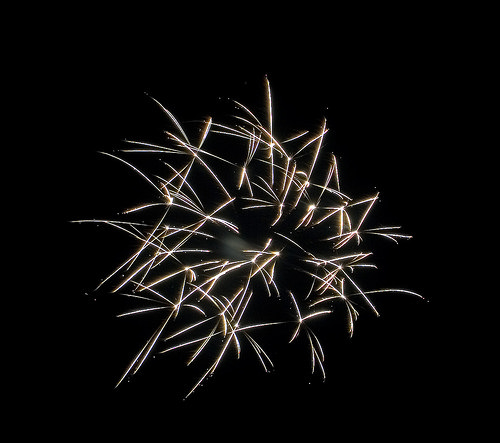 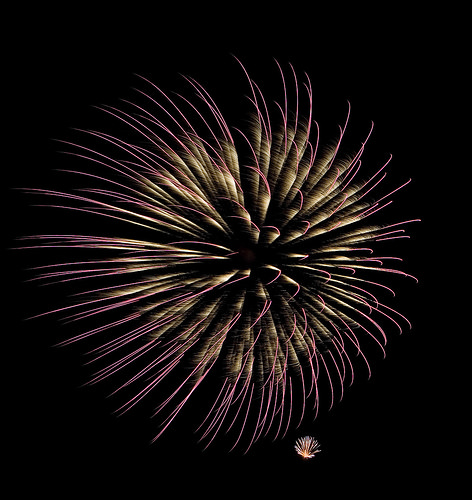 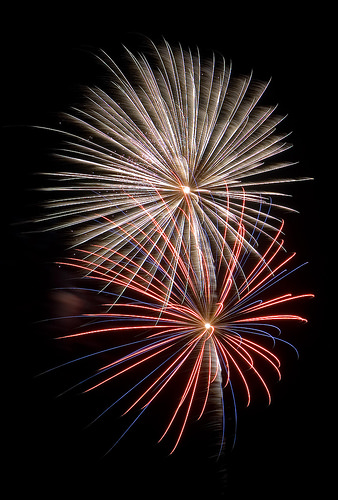 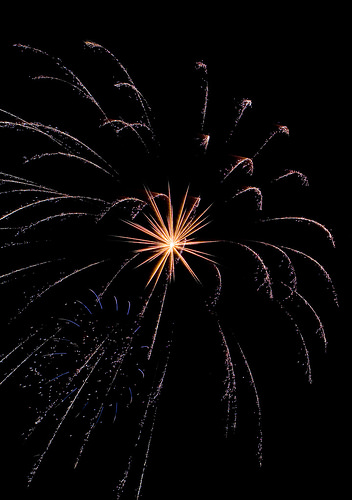 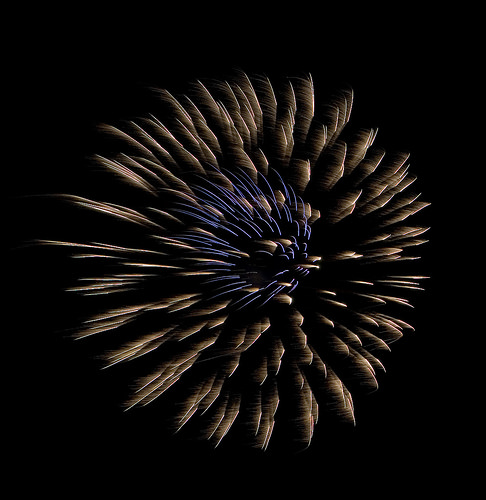 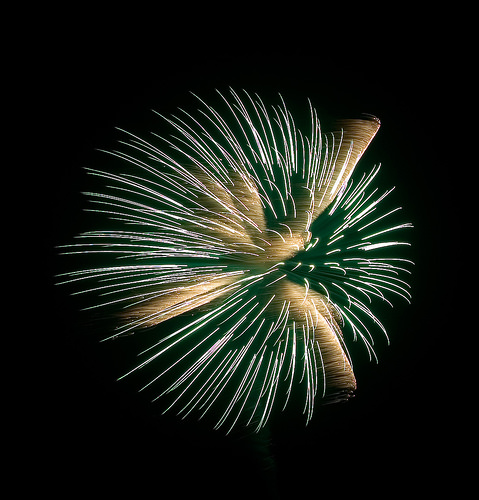 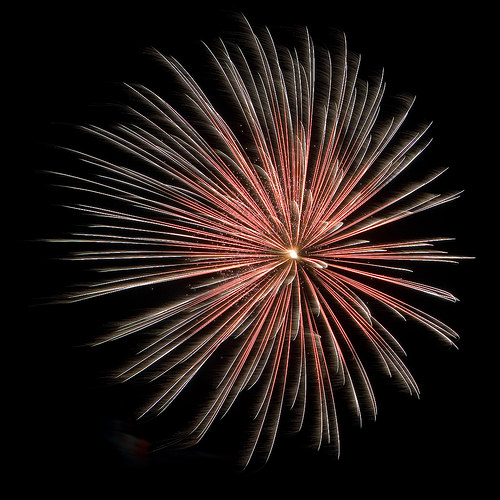 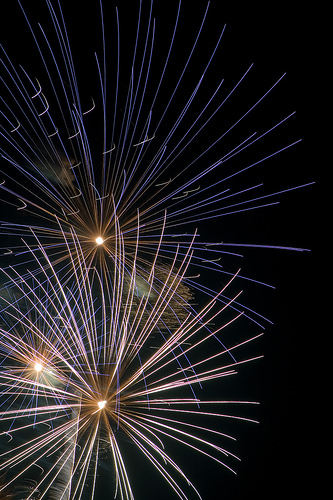 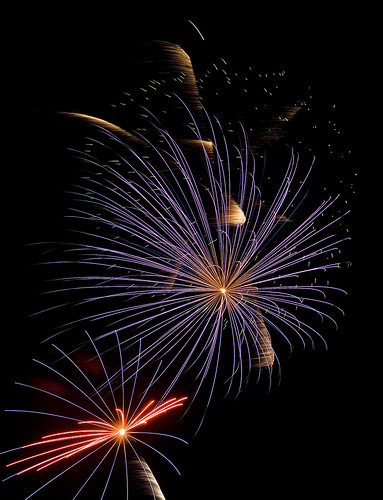