It was windy and cold late yesterday afternoon, but the sun was shining and I hadn’t been out of the house in a few days, so we headed over to Kanopolis to take some pictures and let Sparkle run around a bit. Despite the wind-chill, it was was tolerable in the sun, and seeing the lake frozen over is still a new and fascinating experience for us.

While in the area, I walked down to the Smoky Hill River, east of the dam and spillway. The river was an uncommon strikingly blue color, which made for some nice contrast with the golden colors of the dried plants in the area. The snow near the river was covered with a variety of animal and bird tracks and there were a few ducks on the water. No bald eagles this time. 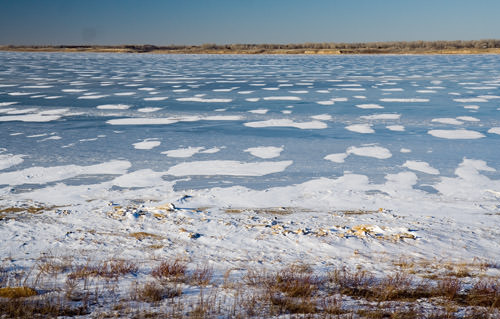 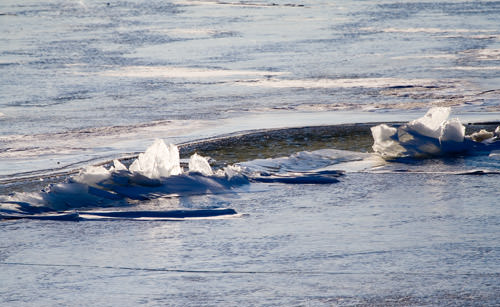 Good sized ice crystals form next to a small channel of flowing water. 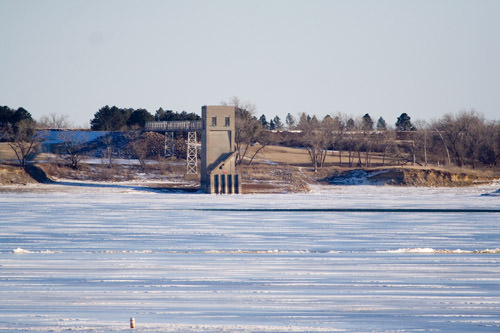 Looking at the spillway from across the lake.
:: 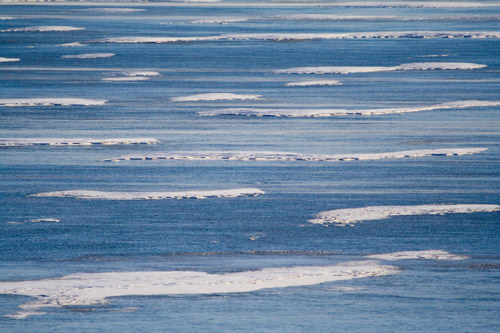 Ice floes in Kansas? No, but it almost looks that way!
:: 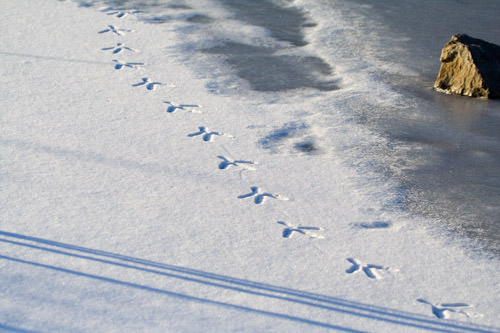 This looks to have been a rather large bird.
:: 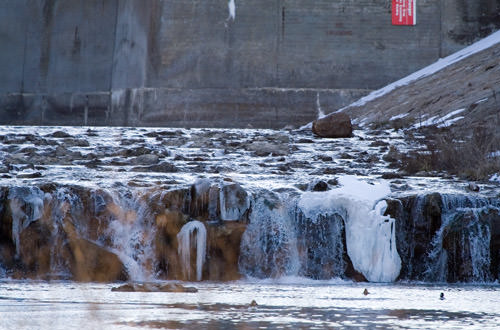 Frozen spillway; this reminds me of the “frozen” mineral deposits at Yellowstone.
:: 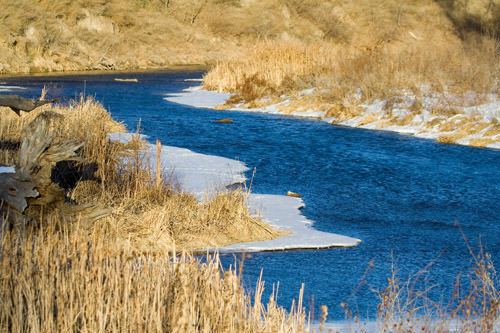 Of course, there are additional pictures at my Frozen Kanopolis Flickr set.