One of my earliest memories of Lindsborg comes from way back in the first grade. I think my love of books, reading and learning stems from those early experiences. Once a week I would go to the library (on E. Lincoln back then) and check out as many books as allowed (2-3? I don’t recall; I do recall loving the larger limits as I got older). I would then walk home (N. Main, across from the park), but first … first it was time to stop at the old gas station (Mobil? now it’s the Hemslojd), grab a cold bottle of grape soda from the machine, and sit down to review each of my newly acquired treasures.

I’ve continued my passionate affair with libraries ever since then. As I got older a new library was built on the campus of Bethany College and I became a frequent patron. When I went to school in Salina I was a regular visitor at the Salina Public Library. That’s where I first read the seminal Scientific American issue that covered computers and microelectronics (Sep 1977?).

Once I moved to California there were two libraries that kept my attention. First was the Sunnyvale Public Library, a large, modern library. Pre-internet, I did a lot of research on a variety of topics there. The other major library in my life is the Research Library at HP Labs. I began visiting that one within weeks of joining HP and have been a regular ever since.

So with all that as background, you can imagine how much I enjoyed a recent post I came across that contained photos of some of the greatest libraries in the world. A couple are reproduced below, but if you like libraries at all you’ll want to read the entire article. 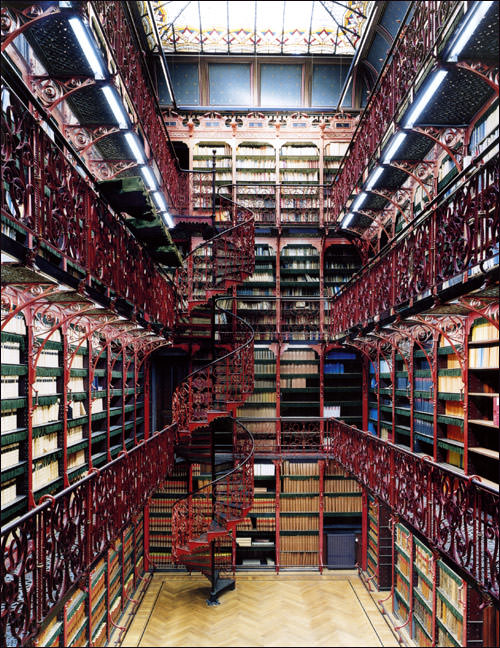 I believe this is in the Hague. 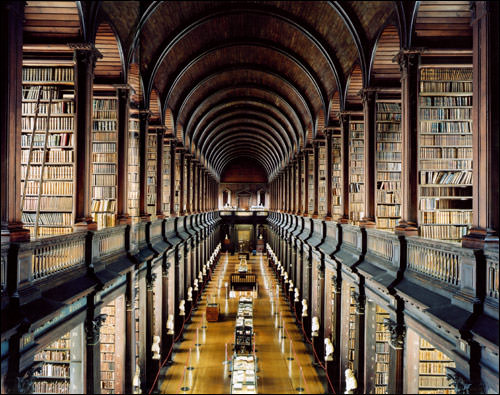