Svensk Hyllningsfest is Lindsborg’s biennial long weekend festival when community members welcome thousands of visitors and revel in the excitement and pageantry of a three-day “tribute to the Swedish pioneers” who first settled the Smoky Valley of central Kansas in 1869.

Established in October 1941, Hyllningsfest is the community’s own creation, something unique in Swedish-America. The locally-created term literally means Swedish “honoring festival.” This year’s theme is “Swedish Tributes, Treasures & Traditions.”

Today marked one of the very rare times when the proceedings had to be moved indoors, due to a strong storm that included heavy rain and lightning.

The change in venue, to the Forsberg Gymnasium at the Soderstrom School, didn’t lessen the enthusiasm of the performers or the crowd. Close to 1000 people filled the gym, and school superintendent Glenn Suppes and staff deserve a big hand for accomodating the festivities on very short notice.

Below are a few photos I took, beginning with local and visiting dignitaries including Hector Vallejos, the mayor of Munkfors, Lindsborg’s sister sister in Sweden. Also present were Lindsborg’s mayor, Judy Neuschafer, and the new president of Bethany College, Dr. Ed Leonard. Guests of honor were this year’s Hyllningsfest Royalty, Ken and Marilyn Sjogren. The last couple of pictures are of my grand-daughter Moneka, captured as she’s performing a traditional Swedish folk dance.

The pictures also include a a few of young perfomers today; a few more images are available at Flickr. Continue reading to view the images. 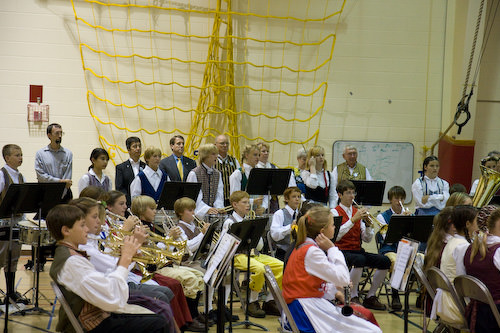 The school orchestra and special guests.
:: 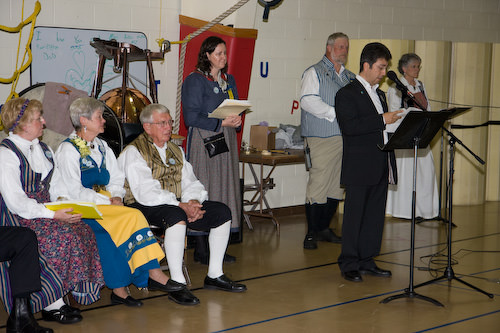 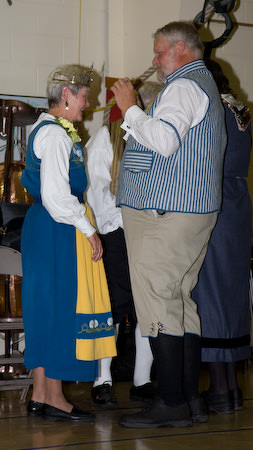 Ken acknowledges the honor of being selected as Hyllningsfest Royalty.
:: 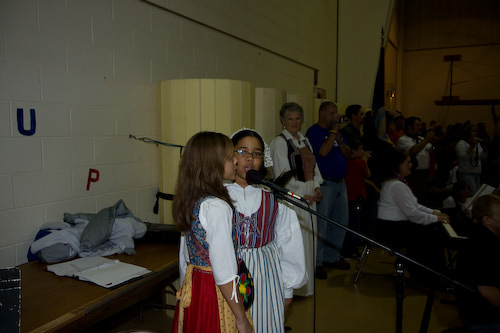 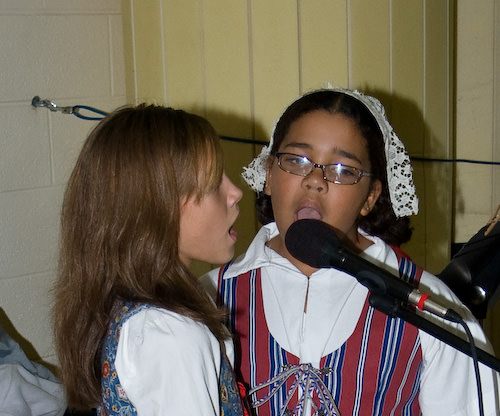 Tiffany and Moneka accompany the 1st-graders during one of their dances.
:: 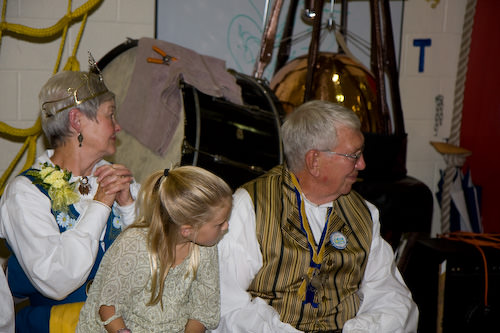 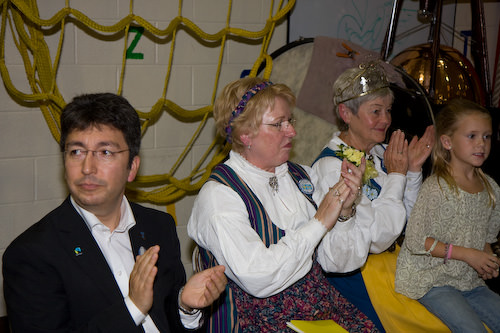 The Hyllningsfest Royalty and the mayors watch with interest.
:: 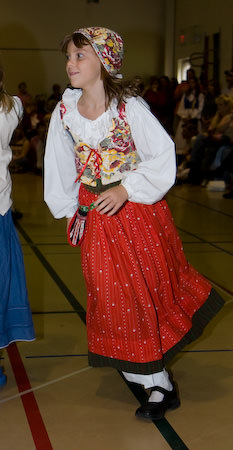 Sig has a colorful costume!
:: 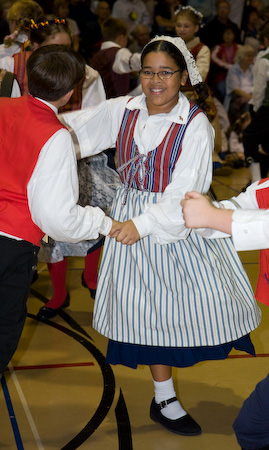 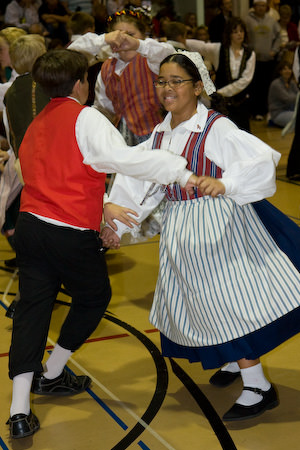