On Friday, we attended Lindsborg’s theater under the stars, Broadway RFD. This year’s show was State Fair, the charming musical by Rogers and Hammerstein featuring the adventures of the Frake family as they seek fame and love at the 1946 Iowa State Fair.

I have to admit I was a bit skeptical about this choice, but within moments of the show’s beginning I found myself totally captivated! I forgot how much I enjoy musicals, plus the actors’ performances were uniformly very strong; to single out any one cast member would beunfair to the others, though I do have to comment on how hilarious the judge was. She cracked up the audience with her rendition of a judge who greatly enjoyed the mincemeat that contained Pa’s (and Ma’s) special ingredient, brandy.

Broadway RFD is the longest running outdoor theater in Kansas and celebrates its 50th anniversary next year with the classinc musical, Annie Get Your Gun.

I took almost 200 photos, but given the low light levels, many of them turned out blurry or very blurry. The best have been posted here: Flickr Broadway RFD set, and I’ve also created a Broadway RFD photo slide show for your enjoyment.

A baker’s dozen of my favorites are shown below: 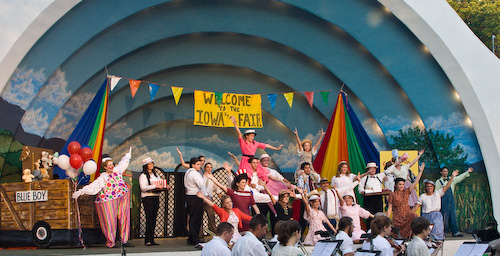 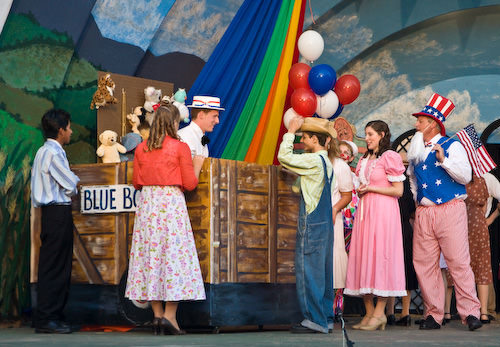 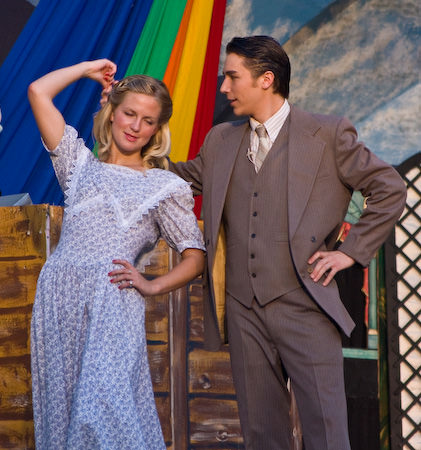 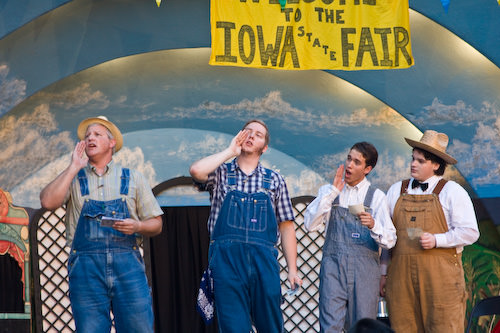 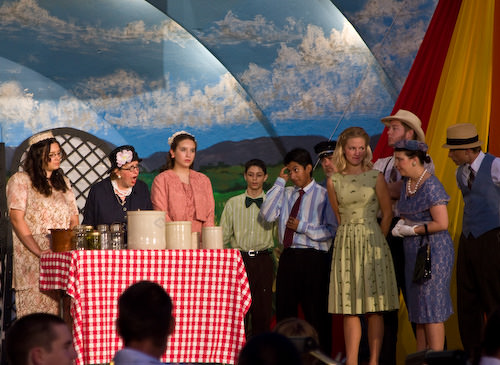 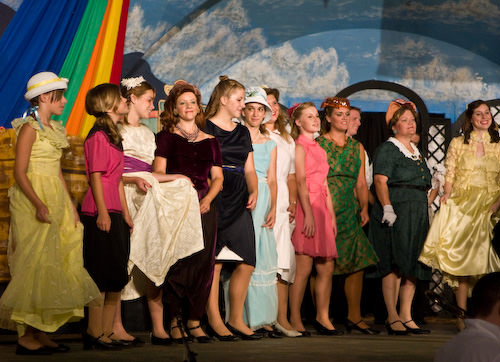 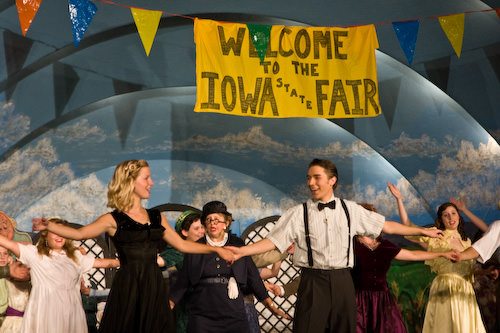 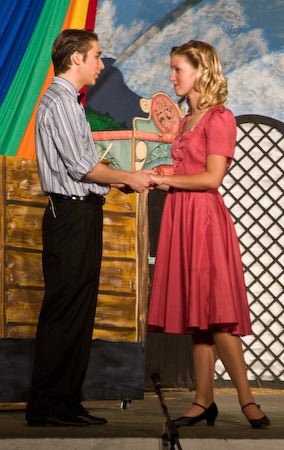 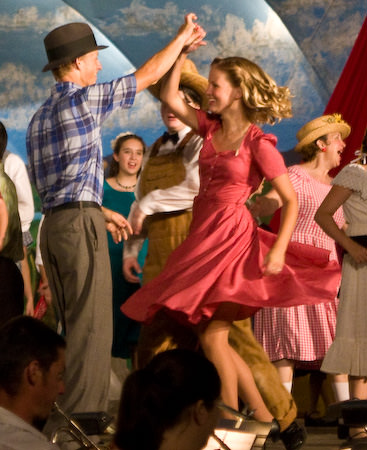 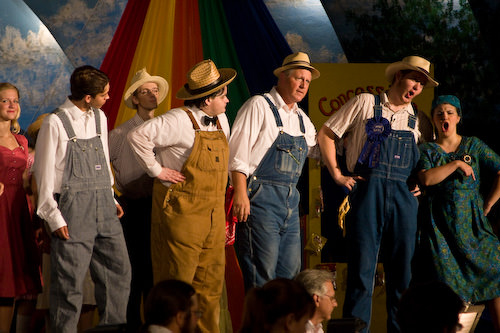 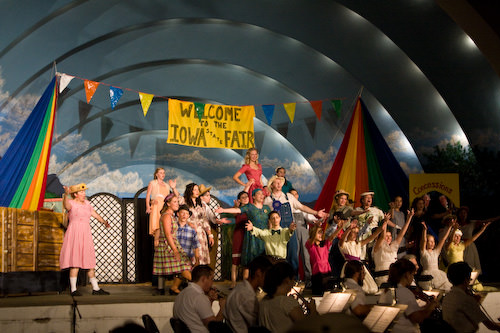 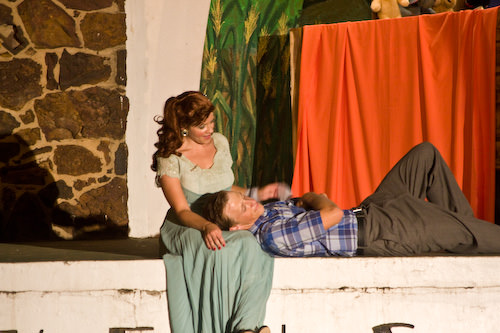 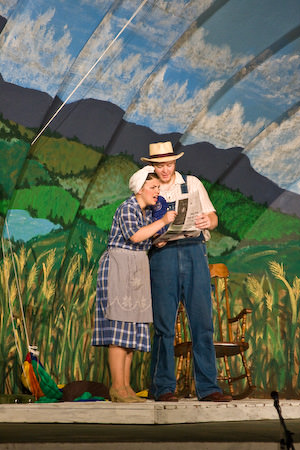