Here are a few pictures of sunset over the Mississippi River. They were taken from the eastern side of the river in Quincy, Illinois. We’re making our way to St. Louis, and traveled from Independence to Quincy today, via Kirksville.

The last time I was this close to the Mississippi was back in ’74 when Sheryl, a buddy from the army (Whitmore) and myself found ourselves crossing the river, at night, on a creaky old ferry as we traveled to Lindsborg from Columbia, South Carolina. What a trip! Today we found a ferry in Canton, but it was only for use by grain trucks.

I lived in Kirksville for about a year back in 1961; way too too young to remember very much in the way of details. This trip was also one of those times where you miss your mom just for the quick simple questions you can no longer ask. (Like, what was our old street address?)

I couldn’t find the house we lived in, though I’m pretty sure we were close; it was now either a vacant lot or a was converted to a small car dealership. We did find some interesting vaseline glass at the local antique store, and it was fun driving around and exploring Kirksville as I tried to fully recall vague childhood memories. We also found the small shopping center east of the house and it was pretty much as I remembered.

After leaving Kirksville we hit the Mississippi River at Canton, and right after we parked the first time to look at the massive body of water we saw 2 bald eagles. What a treat, though they were gone before I was able to take any photos. 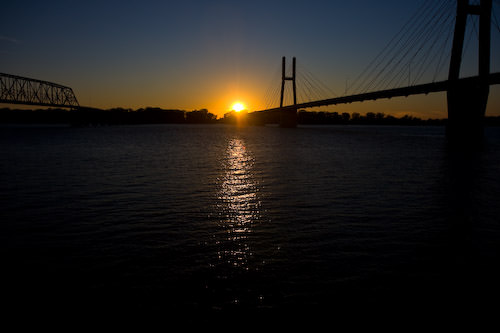 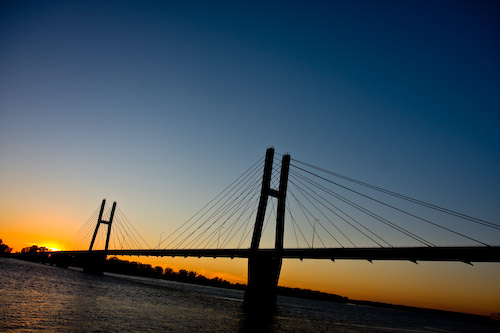 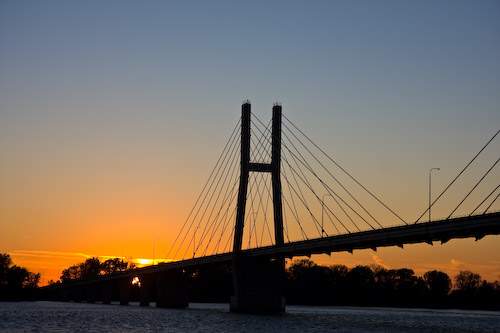