200 years ago, one of America’s best presidents was born in a one-room cabin in Kentucky. Abraham Lincoln was the U.S. president during the American Civil War and is most famous for issuing the Emancipation Proclamation, a set of executive orders that served to end slavery in the United States.

Lincoln’s words of wisdom covered much more than the war. He spoke of many topics, ranging from agriculture to the White House, and I’ve chosen one in particular to share today.

This quote has a lot of meaning for me:

Every man is proud of what he does well; and no man is proud of what he does not do well. With the former, his heart is in his work; and he will do twice as much of it with less fatigue. The latter performs a little imperfectly, looks at it in disgust, turns from it, and imagines himself exceedingly tired. The little he has done, comes to nothing, for want of finishing. Abraham Lincoln
Source: September 30, 1859 – Address before the Wisconsin State Agricultural Society

You can find more gems like this here and here.

Also on this day, I’d like to pay homage to both Abraham Lincoln and our current president, Barack Obama. Without Abe, the path to an Obama presidency is hard to imagine. 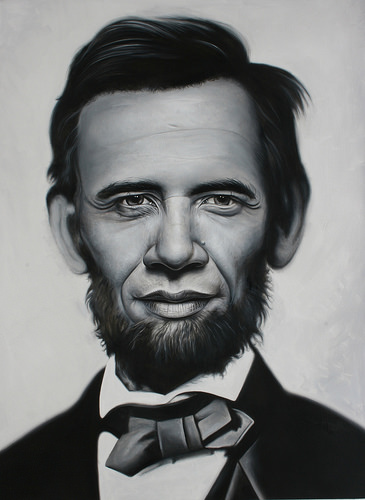 Image courtesy of Ron English and used with permission.

Update: I almost forgot, flickr is hosting a great set of images of Lincoln provided by the Library of Congress: Lincoln LOC flickr photos. 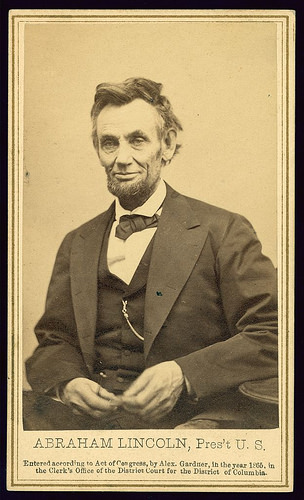