Returning from a business trip to Palo Alto (where I was joined by Sheryl in time to drive back home to Lindsborg) we stopped at the north rim of the Grand Canyon.  Located in remote, desolate northwest Arizona, there is little lodging in the immediate area; we felt fortunate to the the last room at the small, family run hotel/town known as Jacob Lake.

On previous visits (1987 and 2005) we did not make the drive to Cape Royal and Imperial Point.  Better late than never!  I think I had it in my head that these locations were a long, difficult drive on rough roads.  Nothing could be further from the truth, as the road was newly paved, nicely banked and fun to drive.  There were many great viewpoints along the  way as well!

Here are my 5 favorite (HDR) shots of the north rim of the Grand Canyon and there are a few more images (including a great sunset) on Flickr. You can click on any image to see a larger version. 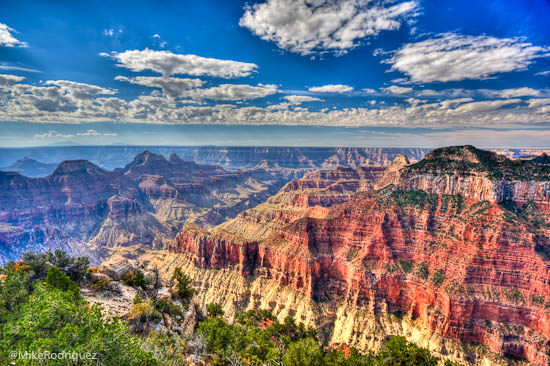 Looking down towards Bright Angel Canyon.
:: 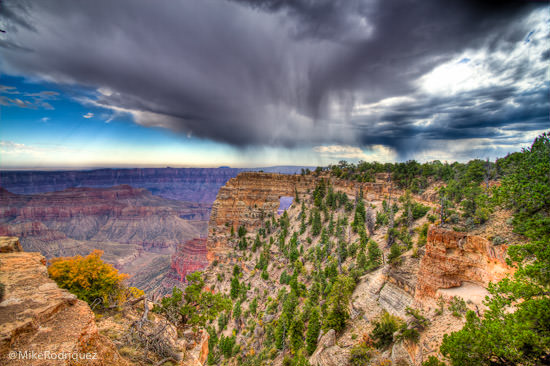 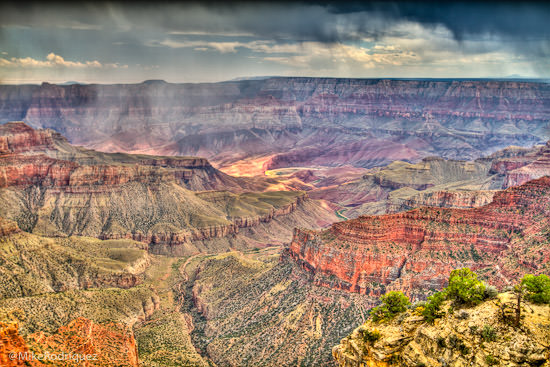 Nice view of the Grand Canyon taken near Cape Royal on the north rim.
:: 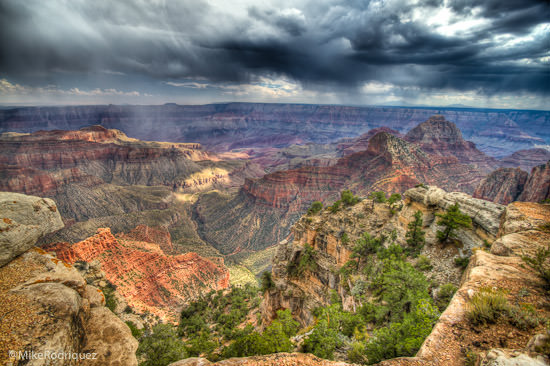 The interplay of light and shadow was fantastic on a partly cloudy Friday afternoon at the north rim of the majestic Grand Canyon.
:: 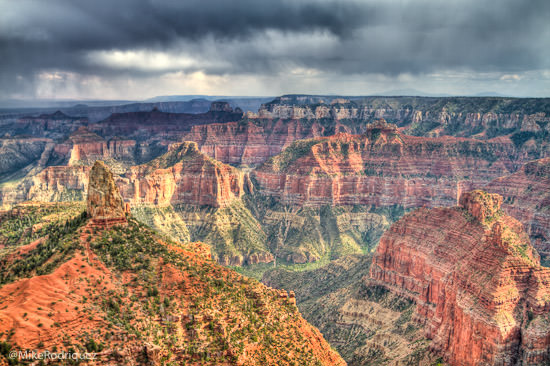 Possibly my favorite, this is Mount Hayden (in the foreground), located at Imperial Point on the north rim of the Grand Canyon.
::