I rode in the Dickinson County Road Race today, my first time participating in an organized, complete with t-shirt and SAG support ride.

Here I am all dressed up and ready to go! 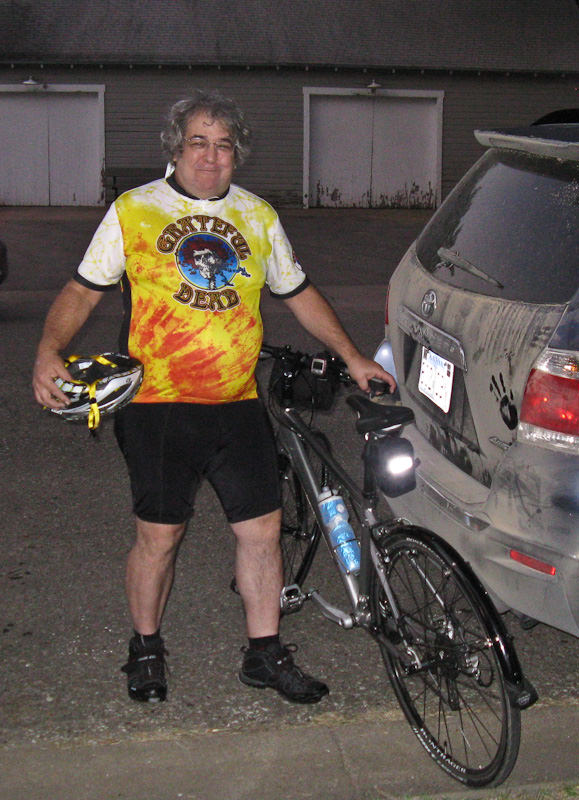 We left from Eisenhower Park in Abilene, Kansas right at 7am.  I didn’t count the number of riders, but would guess it was under 50. What was surprising was the number of hybrid bikes, or road bikes with straight handlebars.  They easily out-numbered the road bikes by 2-1. There were even a couple of knobby tired bikes! 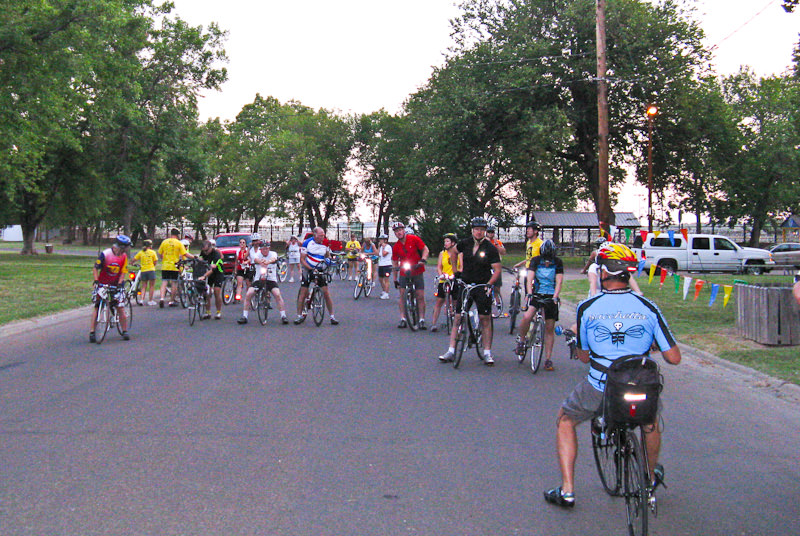 It was a beautiful morning, with cool temperatures in the high 60s and scattered clouds.  We had “escorts” from the park to state highway 15 and after that we were on our own.

I soon fell into a  slightly faster than expected but still comfortable pace of a bit over 12 mph and rode with a group of about 5-7 folks most of the way to our turn-around destination, Brown Memorial Park, south of Abilene. No pacelines or anything, just a casual ride. 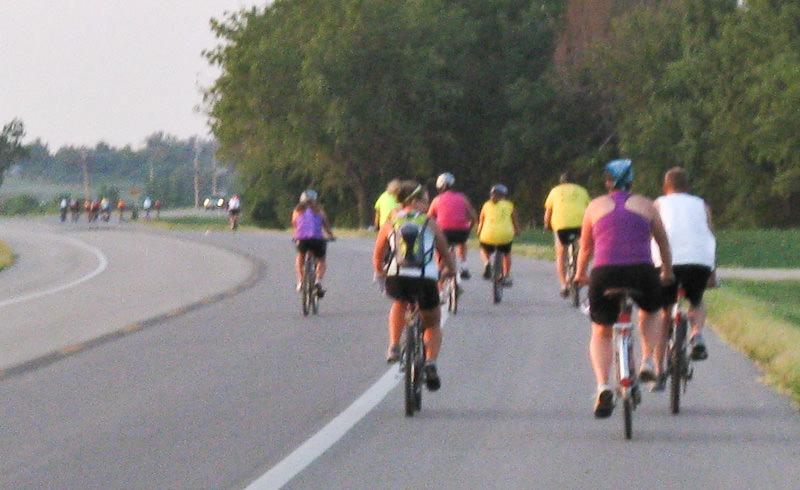 The reason I chose the 10 mile route instead of the 25 miler was soon apparent as I climbed the hill into the park; it was even more apparent on the ride out when I slowed to the 6mph range.

It was very nice riding through the park, and after climbing up we were soon back on our way to highway 15. It was nice solo ride back to town and as there wasn’t a need to check-in after the race I just headed up 15 back to my room.  I was done with a 10 mile, fairly intense ride long before I normally get up on the weekends! 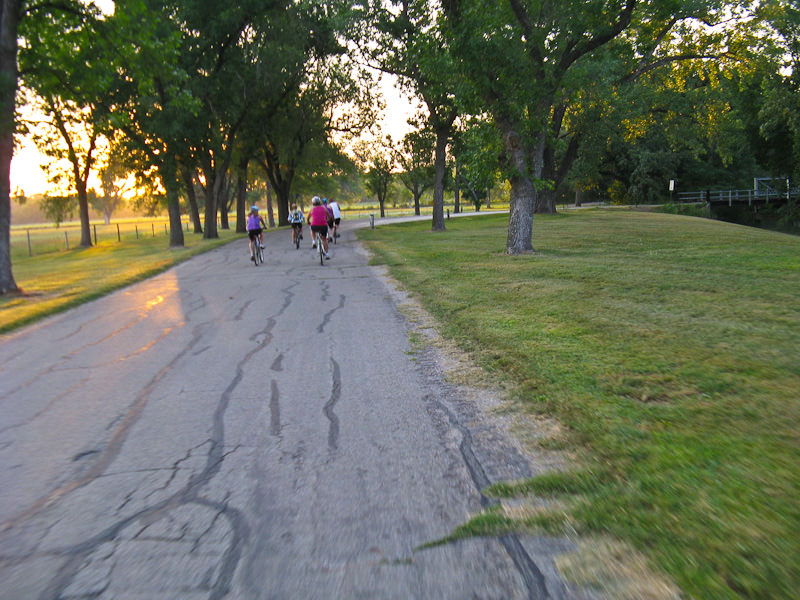 Though the distance for this ride was normal for me, the amount of exertion was higher than normal. That is to say, I should have eaten at some point during the ride as I was dragging when I got towards the end. 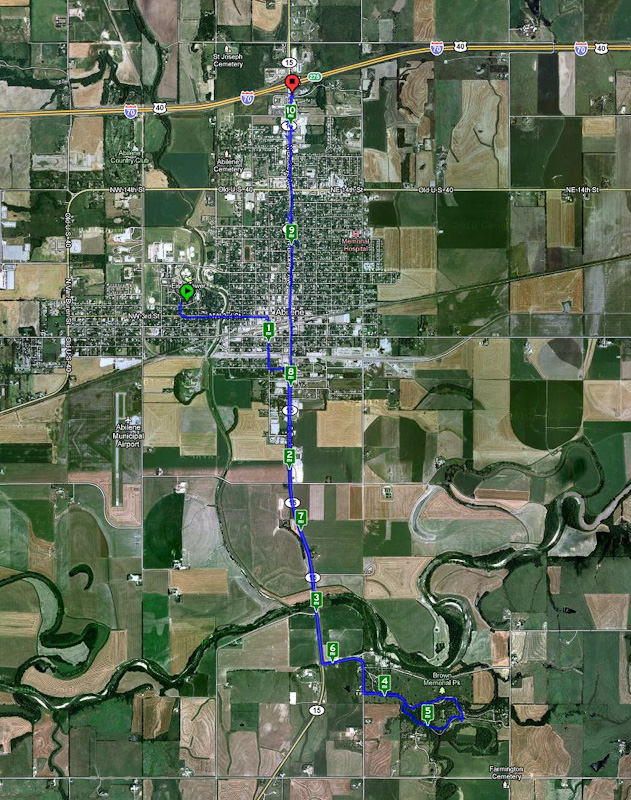 All in all I had a blast and am looking forward to my next group ride, probably the 16 mile ride in Newton in early September, followed by the Falun Classic here in Lindsborg in October.

There are a couple more photos of the ride at my Flickr page.