I picked up a steel-frame bike at a garage sale today but it has been painted over, so I don’t who made the bike.

The seller thought it was from the early ’80s.

The fork drop-out has the word TANGE-TF visible.

The group is a Shimano Titlist and the brakes are Shimano Tourney.

The seat, possibly aftermarket, is an Avocet Touring 1.

The serial number isn’t on the bottom bracket, rather it’s on top of the bottom tube. 9278565

My uneducated guesses after a bit of searching and reading indicate it could be one of many different bikes, including:

Odd, no badge, and no evidence of one missing.

The bike works. I rode it home from the sale, about 5 blocks.

I like the look of the frame, especially the somewhat ornate lugs. I think it could be repainted to be just beautiful!

If it’s a mostly worthless, low-end frame, then who cares, but if it’s something reasonably nice, I’m going to fix it up! 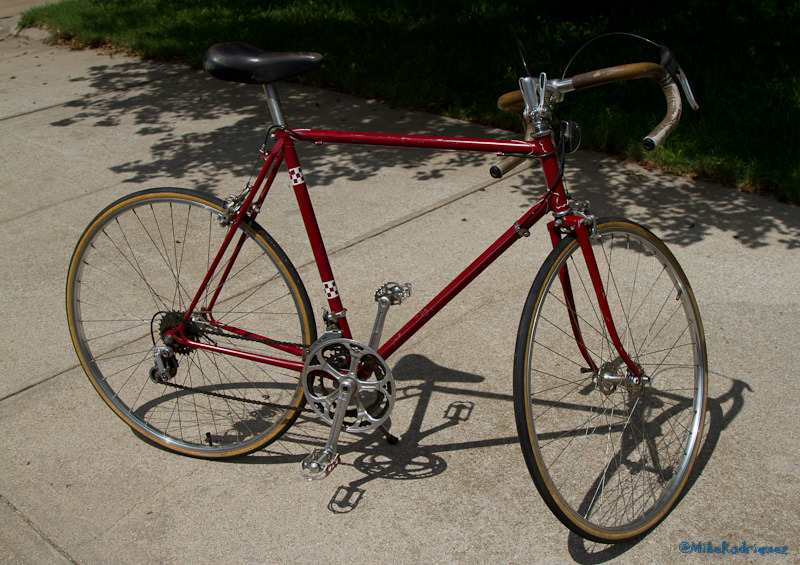 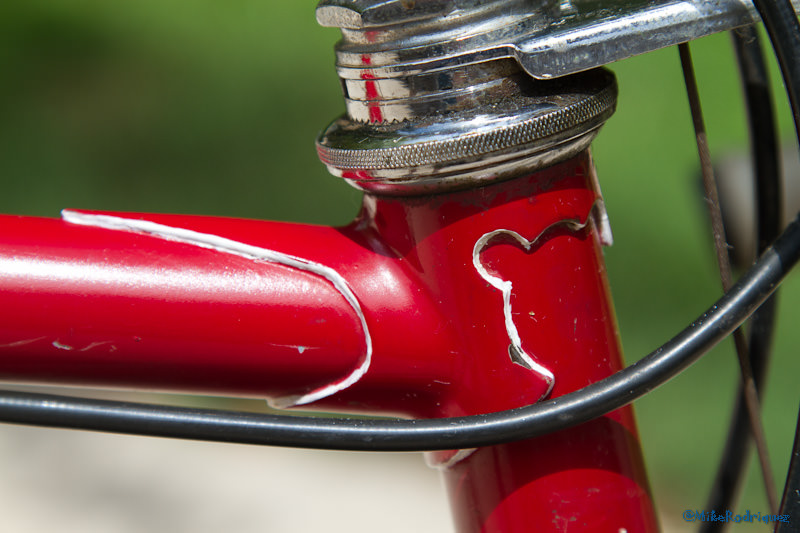 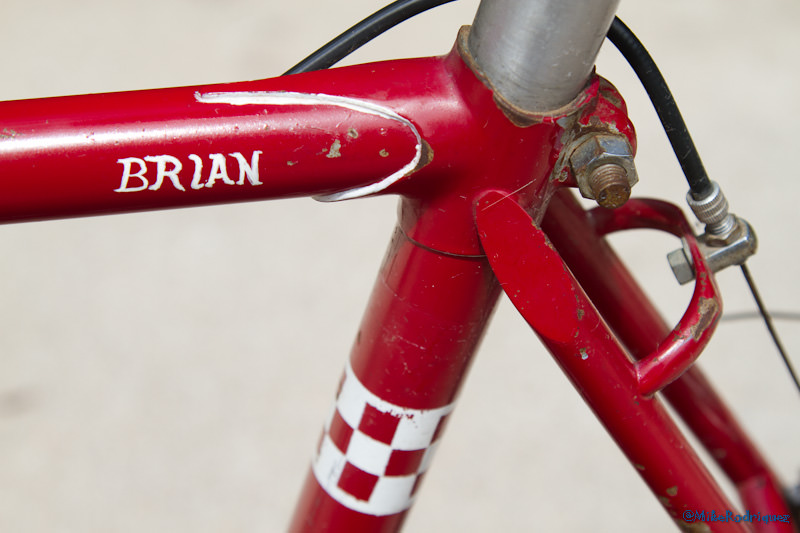