It was a blast.

It also kicked my ass. I worked harder in 90 minutes to go a bare 4 miles than I have  in the past going 15-20 miles in the same amount of time. Here’s a link to the GPS track of my ride; you can click the play button to see the ride animated.

Now, prior to today, I had ridden my (birthday/Christmas present) Trek Cobia mt. bike about 50 miles on local gravel roads. I had not, on any bike at all, ever ridden the type of trail I rode today.

This wasn’t a casual, steady peddling, crank out the miles ride. No, this was seemingly straight down runs, over rocky, bumpy single track, followed by sharp turns and then straight up climbs. Well, straight up to my inexperienced legs.

Another big difference is that a ride like this is quite unlike a casual, traffic-free ride on empty country roads that are flat and go straight. Those roads are so mellow I even use my headphones sometimes (and my mirror!) I get a lot of thinking done on the Freemount and Bridgeport loops.

Riding a trail like this commands one’s full attention at all times. I slipped once, early in the ride and had a couple of close calls, but avoided the ground after the first time. Tricky is a word that comes to mind to describe riding these trails.

Oh, and then there was the thrill of riding a barely wide enough to fit track right along side the lake. Water on one side and an unyielding rock on the other. I did dismount and walk through part of this section (I did the same on a few steep hills earlier in the ride).

All in all, I can’t wait for the next ride like this!

Following are a few photos from the ride. The quality is not up to usual standards as most of these are screen shots from a video (helmet cam!) I shot during the ride. 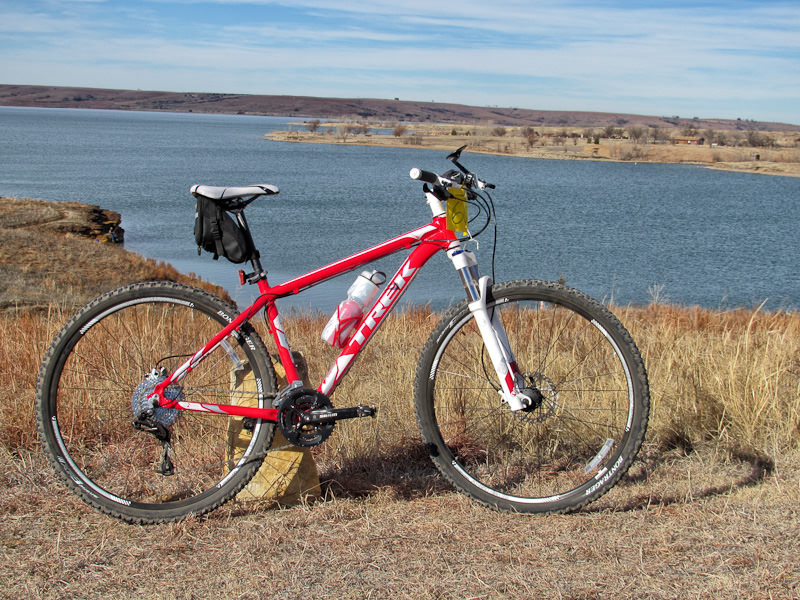 My trusty ride, waiting patiently for the ride to start.
::

I’m leading the rear, which turned out to be appropriate as I ended up being lapped by most of the other riders. The fastest rider? 8 miles in 45 minutes. Me? 4 miles in 90 mins. Yeah, my first ride.
:: 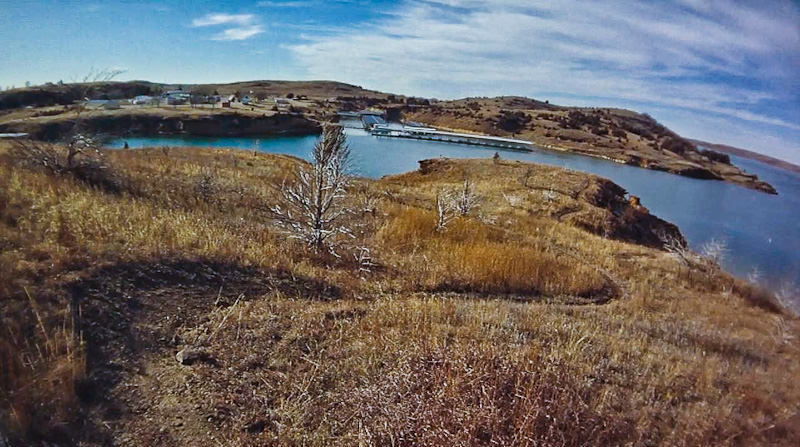 Turns out the downhills on mountain bike trails are much (much!) steeper than the down hills one finds on country gravel roads. Plus, on those roads you can get going fast and keep going for a while. On the trail, it’s time to turn just when you’re getting up to speed!
:: 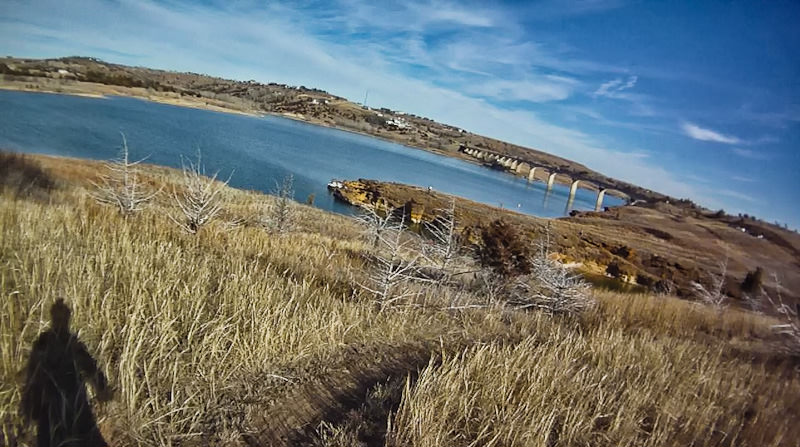 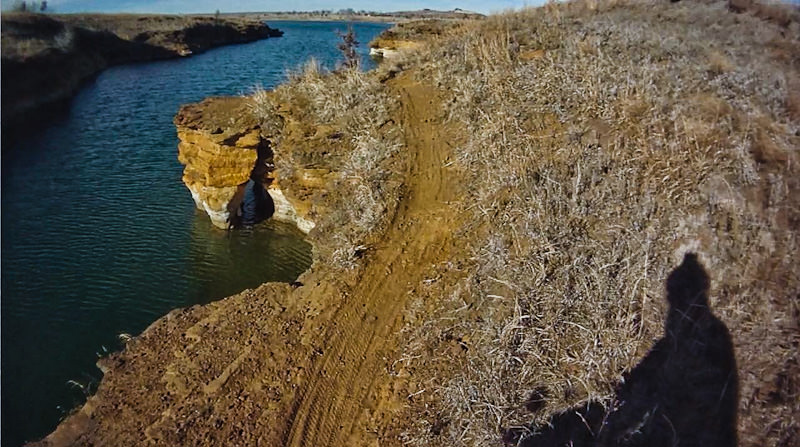 This part was awesome! It was thrilling to be riding on a single track right at the water’s edge.
::