Back in Kansas and enjoying the remote, barely traveled roads around Lindsborg. The route I took for this ride is especially quiet, as folks going north take another route, and the same for those going south.

In fact, the road is so infrequently traveled that there were two places that were so rough (muddy with deep ruts) that I barely made it through on the bike and would have turned my car around! No photos there; I was too busy staying upright on the extremely narrow path.

I did take a few photos during the ride. The first was taken as I took shelter from a brief shower and the rest are from various places along the ride (Kansas does have some hills; I climbed almost 500 feet yesterday!), concluding with a map of the ride.

You can view the route I took on Google maps using this link, and view larger versions of the photos on Flickr. 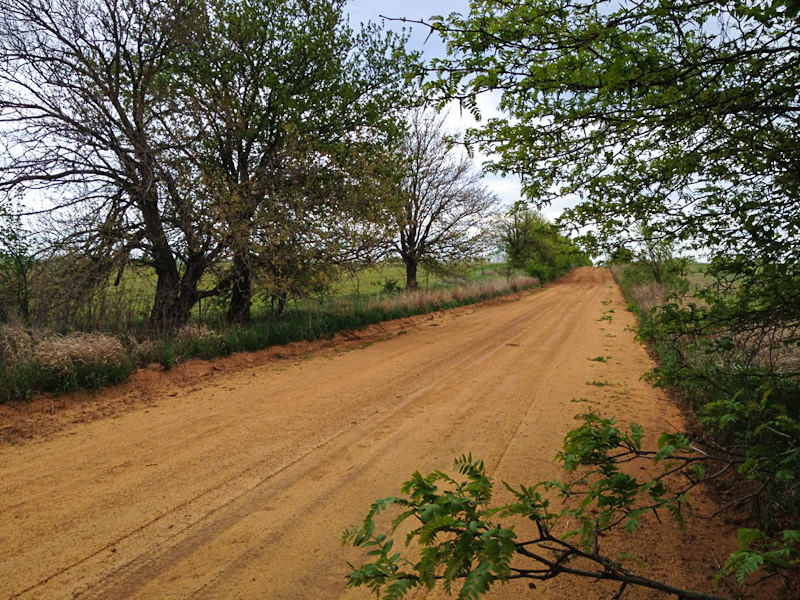 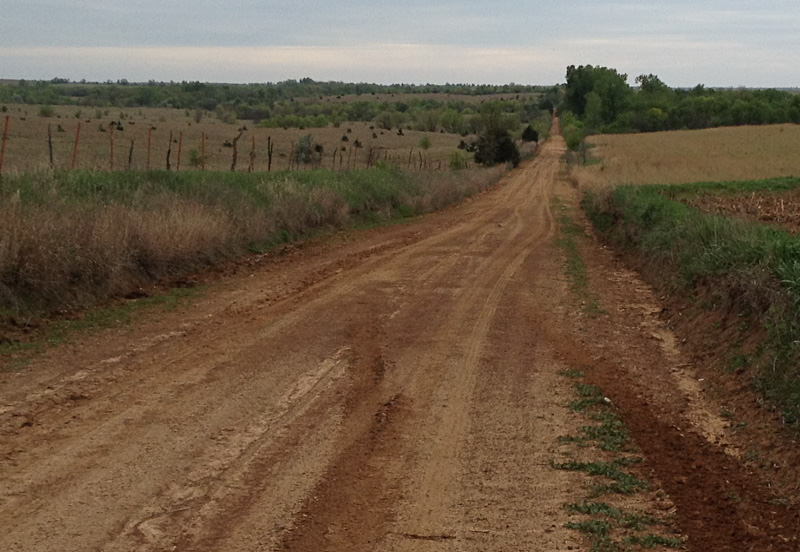 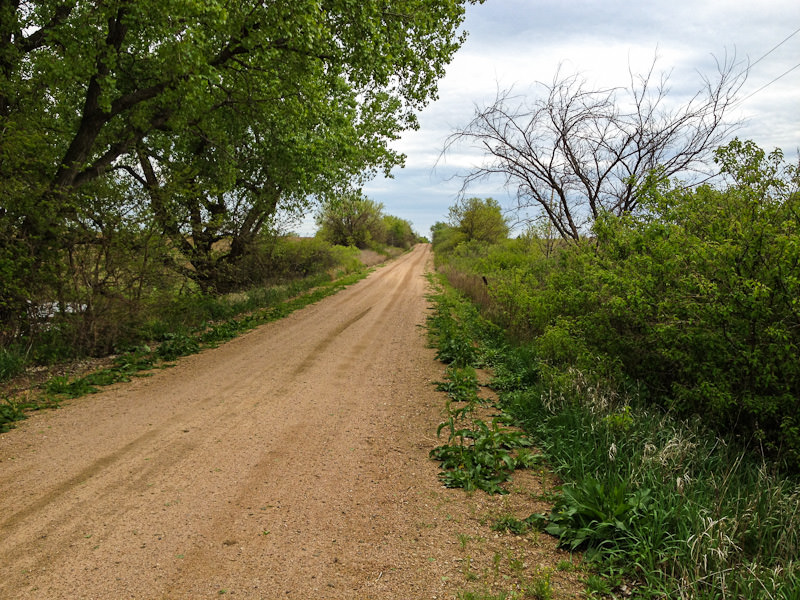 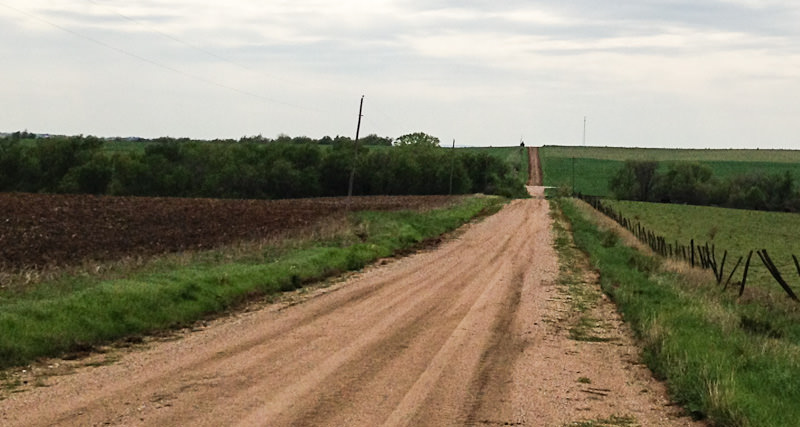 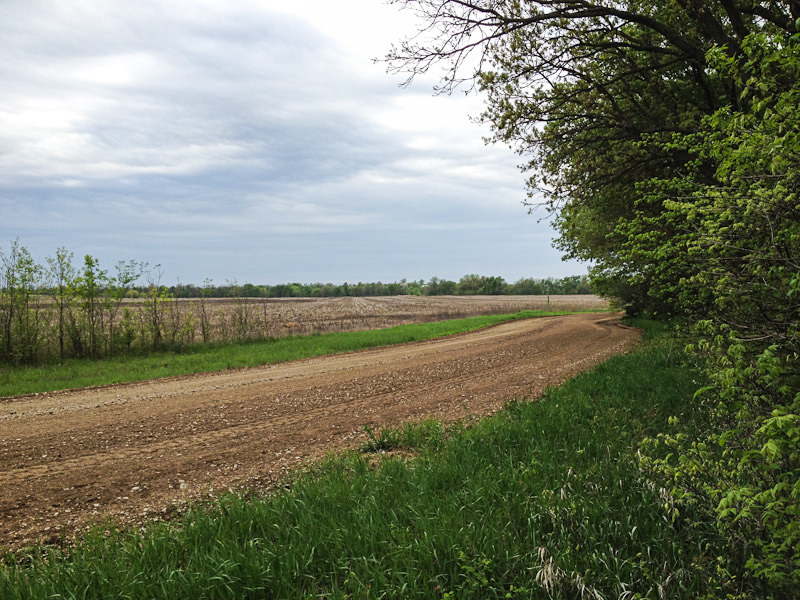 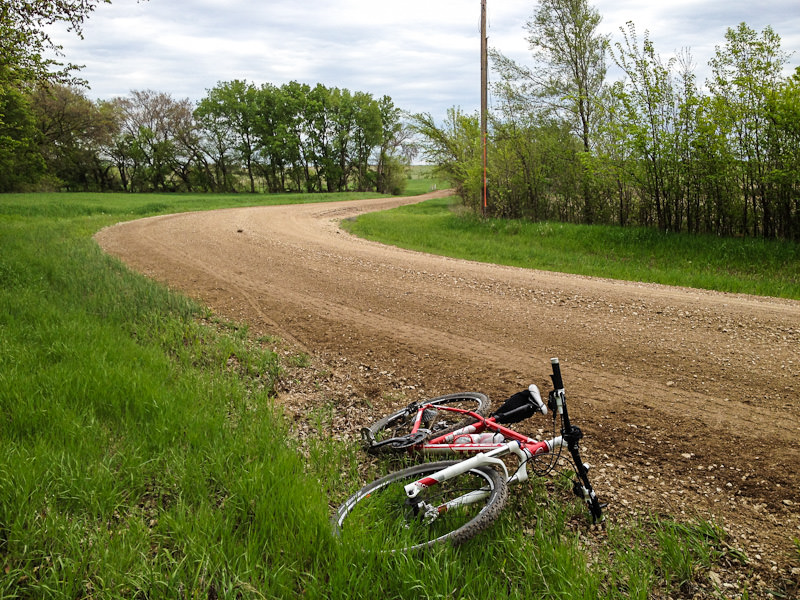 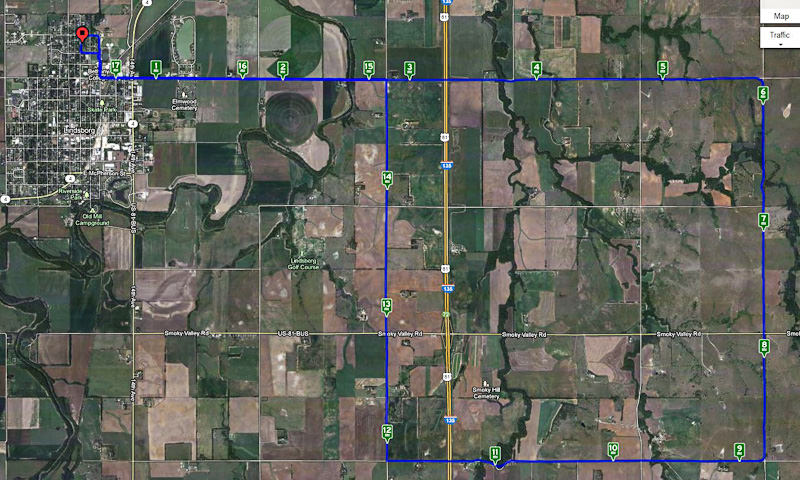