Roast or broil the peppers until the skins have charred, and then steam in a paper bag. Cool, then remove the skin and seeds and chop roughly.

Roast the garlic cloves along with the peppers and remove the peel when cooled.

Remove the paper husks from the tomatillos and rinse them well. Cut them in half and place on an aluminum foil covered cookie sheet and broil until the skins have charred. Remove the worst of the charring if so desired.

While the peppers and tomatillos are roasting, saute the finely chopped onion in olive oil until sweet and brown. Use a large enough pan to hold entire batch of soup. A deep 10-12 inch fryer should work fine.

Fry the spices with the onions when they near completion, adding a teaspoon of oil if needed.

When the peppers and tomatillos are done roasting, sprinkle salt, cumin and chili powder on the pork and roast the meat until done to a medium rare level. Then chop it into small chunks and finish cooking it in the onion and spice mixture for just a few minutes.

While the pork is finishing, take the peppers, garlic and tomatillos and process in a blender or food processor until finely chopped.

Pour the pepper mix into the pork and onions and add 2 cups of chicken broth and 2 cups of water. Cook for at least an hour so the flavors meld. 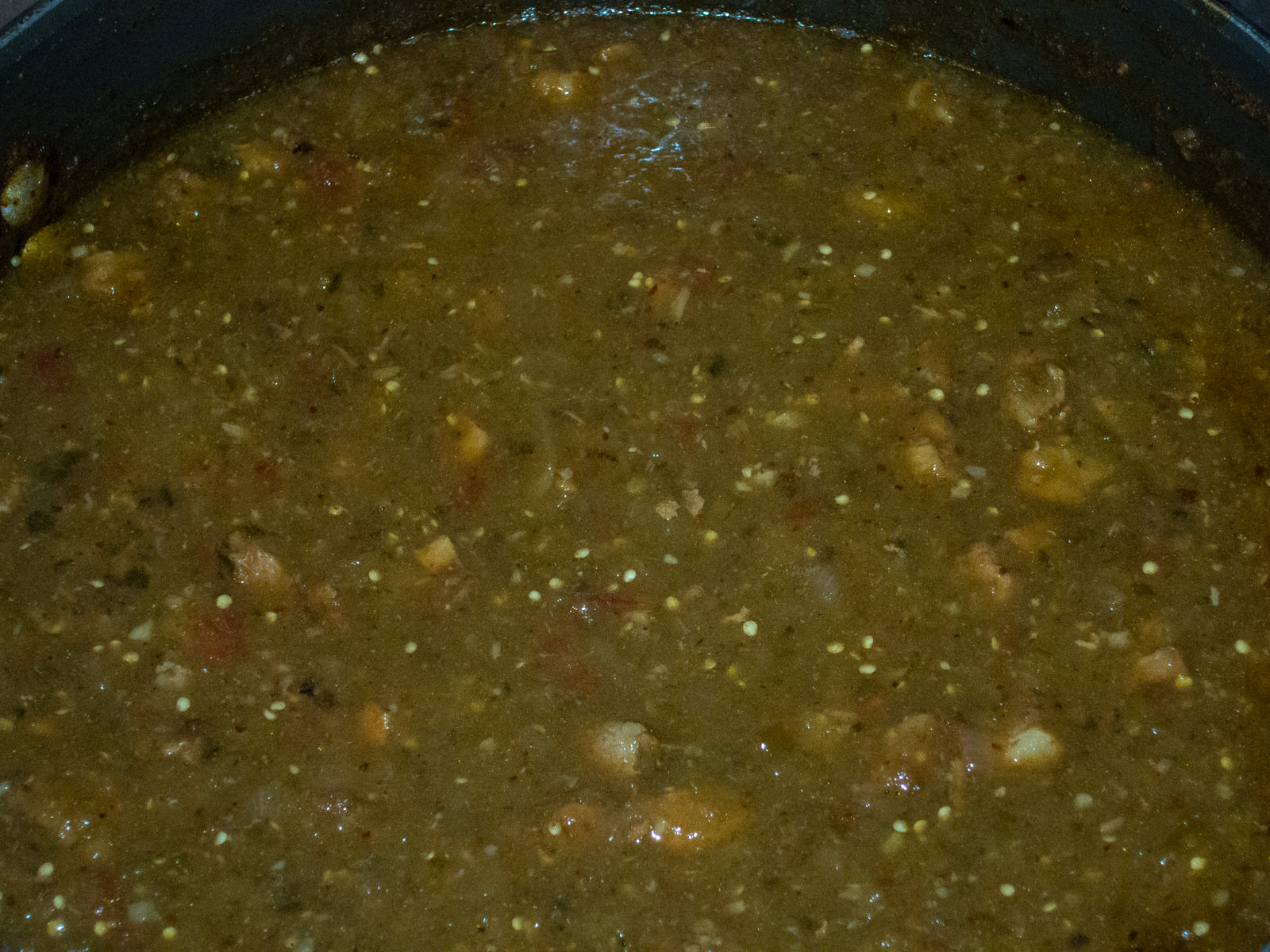