Here’s a link to a fascinating video. Taken from the space shuttle, this 10 minute video shows photos of cities at night from around the world. Check out the spoke based cities of Europe and how they contrast to the grid-based cities of the American west. The photos were taken using a home-made barn-door photography platform, which was used to compensate for the earth’s movement. It’s very rare that I watch videos of this length, and in fact I thought I would just take a quick look, but it’s so fascinating to see these cities from above, at night, that I watched the whole thing without noticing the time. 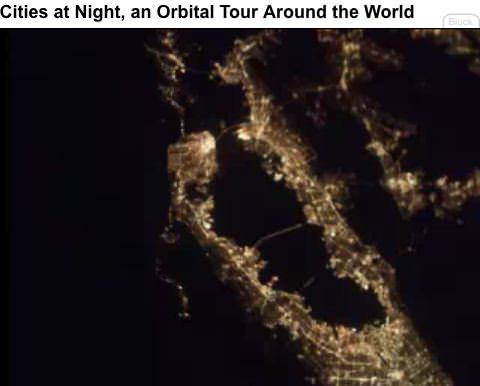 Cities at Night, an Orbital Tour Around the World