A couple of weeks ago we took a Sunday drive out to the western shore of Lake Kanopolis. As we approached the lake, we spotted a bald eagle perched towards the top of some fairly tall trees.

I quickly whipped out my camera and took a couple of shots, anticipating he would soon fly away.

When he didn’t, I decided to drive up a bit closer. I parked just off the road and quickly took a few more photos, expecting the bald eagle to fly away at any minute.

As it turned out, I had over 20 minutes to try and take photos. I say try, as this majestic symbol of our country was fairly well blocked by a tangle of limbs and branches. The only path to a better shot was through a small stand of trees, and the noise I made finally spooked him into flight.

I never could get a completely clear shot, and even had to resort to some tree trimming via Photoshop to produce an image that didn’t have distracting branches right near his face.

Overall though I’m still thrilled just by the sight of these magnificent birds and to be able to spend that much time, that close (you can see him watching me in one of the images) was a treat!

Larger versions of these images are available at flickr: Bald Eagles at Kanopolis 20009. 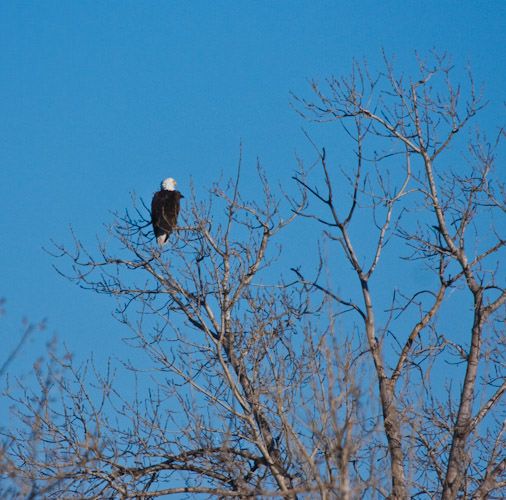 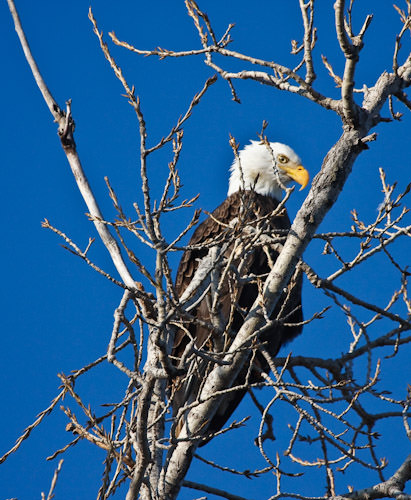 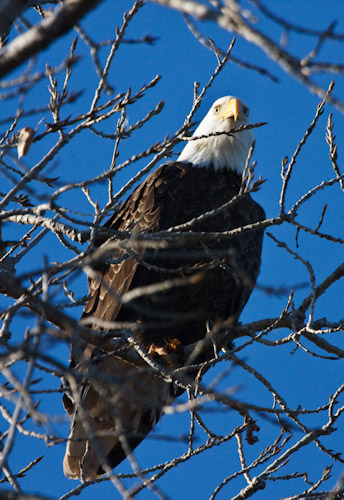 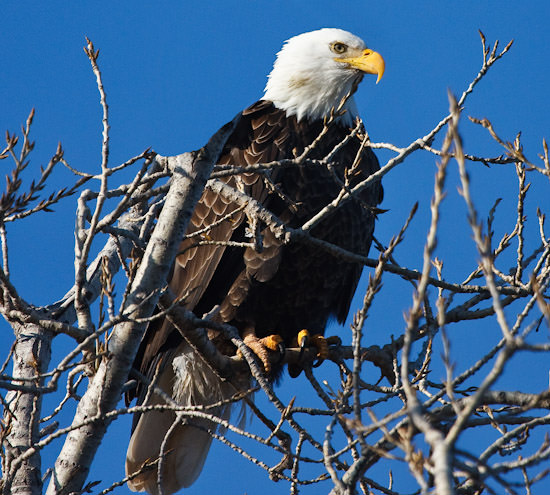 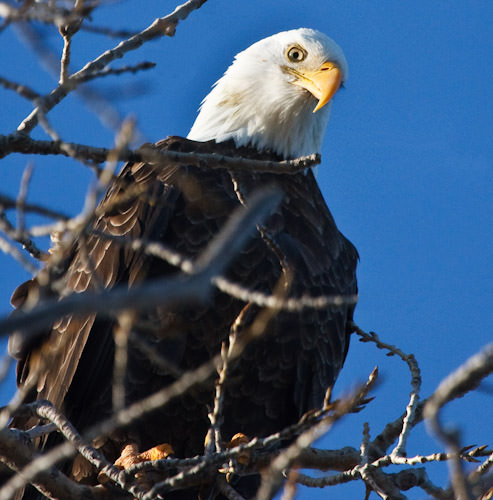 1 thought on “Bald Eagle at Kanopolis”