I’m almost 6 weeks into a  what is planned to be a year long photography project and it seems like a good time to share.

As a photographic, creative and self-discipline challenge I’m taking a photo a day and posting it on a Tumblr blog called Mike’s 365.

Now, I’ve done something similar in the past. A few years ago I  posted an image a day for a year, at a blog I called ::luminosity::.

The difference this time is that I’m both taking and posting a photo a day. Last time the goal was simply to post a photo a day, no matter when taken.

With an image collection numbering in the thousands, it’s not hard to find an image that is both  reasonably good and previously unpublished, so meeting the daily publication goal wasn’t too terribly hard, though I won’t trivialize the effort. There’s a reason I stopped after a year.

Meeting the requirement of taking and posting the photo the same day is much more of a challenge. Of course, with a phone that can take a photo and post it all within seconds, the challenge isn’t technical. And there may be days when I post a picture of my pinky just to meet the challenge, but as I told Sheryl, we’ve accumulated a lot of knick-knacks over the years, and I have a small studio …

But so far I’m having fun, trying to be creative in both what I shoot and how I shoot it, and then extending that into using a wider variety of post-processing filters and tools to enhance the images.

Here’s a shot showing thumbnails of the first 41 photos posted on Mike’s 365; be sure to visit the site to see the large versions! 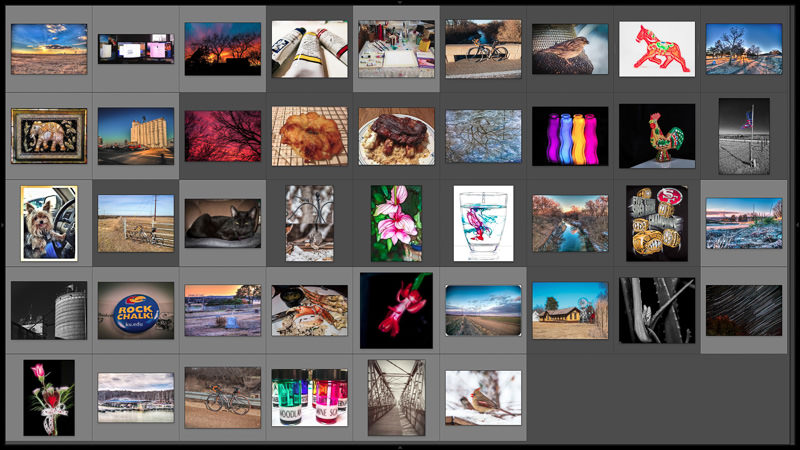